A SENIOR member of notorious Irish crime clan the Kinahans has been arrested in Spain.

The 34-year-old suspect, who is wanted on suspicion of murder, was seized by armed Guardia Civil during a dawn raid on a hotel 60 miles south of Barcelona.

The fugitive is wanted for questioning over the 2010 slaying of gang boss Eamon ‘The Don’ Dunne.

A bloody turf war between the Kinahans and the rival Dublin Hutch gang has claimed a dozen lives.

“Investigators were made aware the fugitive left Ireland to head to Spain in May 2016 using a passport issued by the Irish authorities which he had in a false name,” a Spanish police spokesperson said.

“Efforts to locate him centred on the province of Malaga due to his alleged links to the Kinahan organised Irish crime family.”

In 2016, the suspect reacted with ‘violence’ during an attempt to arrest him at Malaga Airport, fleeing across a busy motorway to evade cops.

Last year, an innocent Irishman was gunned down in a botched Mallorca hit, with the father of one shot in the back in a case of mistaken identity.

The arrested suspect was driven to Madrid for an extradition hearing. 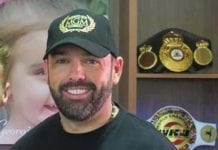