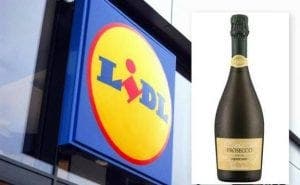 WE’VE all been there: waking up with a mouth drier than a worn-out flip flop while wrestling with a somersaulting stomach.

It could be worse, we think, considering how many glasses of fizz we knocked back the night before.

It’s only when we try to stand up that we realise the magnitude of the hangover.

And as the festive season approaches, these mornings can become far too regular.

But thanks to Lidl, they could be a thing of the past.

The supermarket chain has announced its new hangover free Prossecco which is tipped to arrive in Spain just before Christmas.

“This is sometimes attributed to the sulphite preservatives used in wine to keep them fresher for longer.

“Generally, organic wine producers use a lower level of sulphites in the production process, which means they are less likely to contribute to hangovers.

“So if you don’t react well to sulphites you could be saying good riddance to hangovers with Lidl’s Organic Prossecco Spumante.”

Bamfield also went on to describe the vintage as containing ‘bright aromas of pear and white peach.’

The fizz arrived in the UK on October 12 and is said to arrive in Spain ‘shortly’.

But industry experts like Alex Thomson-McLean argue that each person’s level of sulphite tolerance is what dictates whether or not they get a hangover and how bad it is, adding that genetics is key.

He warns that Organic Prosecco Spumante is an ‘alcoholic product’, so the hangover will never 100% disappear.

The strategy also worries other specialists like Mark Leyshon, who says the only reliable way to avoid hangovers is to drink less.

“Alcohol is potentially harmful and, regardless of whether it is organic or not, if we drink too much we tend to feel rough,” he warns.

Nevertheless, industry experts believe that sales of sparkling wines will increase by 8.6% in 2020.