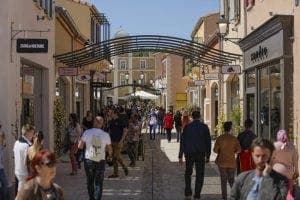 A HUGE designer outlet shopping mall is coming to Malaga.
It comes after developer McarthurGlen won a building permit from the town hall to build a new 30,000 square meter centre.
The outlet mall will have 170 stores including some of the world’s most sought-after luxury brands, as well as international and local brands.
The retail scheme will be developed by McArthurGlen in partnership with Sonae Sierra and involve an investment of €115 million.
Construction will begin in the next few months, with the first phase delivering 100 stores by the end of 2018.

“This is a very significant step in the development of the project,” said José Luis Arenas, Development Manager for McArthurGlen Spain.

“With the beginning of the construction works, visitors will be able to witness progress of one of the most innovative retail projects in all of Spain, which will significantly improve the retail offering in southern Spain and will attract an increased number of tourists to the region as well as creating jobs in the local community.”

McArthurGlen Designer Outlet Malaga will be the company’s first centre in Spain and its 25th worldwide.

Situated next to the A7 motorway between Malaga and Marbella, the designer outlet will be a 90-minute drive away from nearly three million people, and only three minutes by train from Malaga Airport.