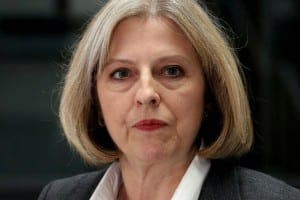 PRIME minister Theresa May has been asked the question by at least two interviewers (most recently on LBC, Iain Dale 10/10)…does she now back Brexit? (words to that effect). She refuses to reveal her allegiance.

But is it really an issue? She says she will deliver the will of the people and deliver Brexit – she appears to be acting impartially – isn’t that enough?

But isn’t there a ‘conflict of interest’ ? Conflict of interest (COI) is where a person’s personal interests may affect their ability to be authentic in their role and therefore may corrupt the decision making process. This issue is treated with great importance with regard to physicians, lawyers, therapists, those in public office and board directors etc.

People working in these roles are required to disclose any information which may indicate a COI. I don’t know whether politicians are bound to do this but surely they should be.

Sometimes the COI is so obvious and creates such difficulties that the individual will remove themselves from the post – remember Tim Farron?

An LBC caller (Chas from Dorset – to Nigel Farage 10/10) said that Mrs May was caught between a rock and a hard place and that Farage was being unfair. The caller was right, the prime minister is caught between a rock and a hard place but that eventuality should have been obvious to her when she was in the running for PM, she was/is a remainer after all and since PM is arguably the most important position of public office, shouldn’t she have been required to consider and disclose anything which might have constituted a COI? If a person is not being fully authentic in their role, can they be trusted?

Is Mrs May, by taking the PM job, mixing personal interests with public duty? Or is this high profile case serving to reveal the double dealings of politics? Either way, surely some clarity is required.

‘I HAVE DONE MY BEST’: Tearful Theresa May resigns as UK Prime Minister

John Culatto - 28 Jan, 2023 @ 08:45
PEOPLE all across Gibraltar remembered the horrors of the Holocaust on Friday by lighting a candle at 5pm alongside the rest of the world. The...