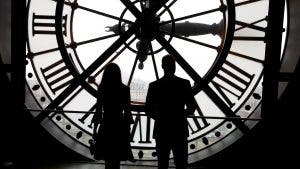 WHEN it comes to getting to bed at a decent hour and waking up in the morning, Spain is still the wild child of Europe.

Prime Time TV doesn’t start until 10pm so no wonder the country is still asleep when the rest of the EU is up and at it.

Spanish hours are a tad eccentric but they fit into my own quirky ex-pat clock.

The rules are simple: never visit the gestor between 10.00 and 11.00 because he’s at merienda (elevenses is one thing the Spanish are early for); do your supermarket shop during the siesta when the aisles are quieter than a church’s; and never hope to find a table at a good restaurant past the witching hours of 14.00 and 22.00.

I lunch at one and dine at nine, then sit smugly back with coffee and the bill paid while the ravenous hoards are fighting for seats and service.

I always thought the odd hours were down to the Spanish climate and their chilled-as-cherry -gazpacho attitude but I recently discovered that this country has been living in the wrong time zone for more than 70 years, courtesy of Hitler.

Spain was on Greenwich Mean Time until 1940, just like Britain, Morocco, Portugal and its own Canary Islands, which share similar lines of longitude.

Franco switched to ‘Berlin Time’ (Central European Time) to accommodate Hitler during the war and so it remains, leaving Spain synced with countries like Serbia, more than 2,500km east of Madrid.

A Nazi habit should be given up on principal and there are many in Spain who believe that when the clocks ‘fall back’ to 2am at 3am this Sunday, October 29, they should never ‘spring forward’ again.

“It would bring our official time closer to the solar time, and that would make it easier to change some of our habits to improve our quality of life,” says Madrid economics professor Jose Maria Fernandez-Crehuet.

“We get up tired and cranky because we went to bed really late. We don’t have breakfast at home, or if we do, it’s fast and insufficient so we need to stop at mid-morning to grab a bite. That hour could be better spent going home earlier and instead of having late lunches, we could easily eat at 1pm.” 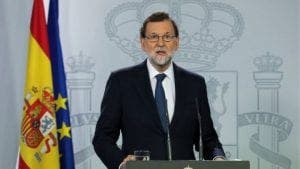 Spain’s President is all for turning the clock back and bringing the country’s working hours into line with the rest of Europe to increase productivity, which would also mean adios to the ‘siesta’ slash three-hour lunch break which has given Spain a reputation for sleeping on the job.

But two thirds of Spaniards relish the status quo and their 10pm sunsets while Balearic Islanders are pushing for ‘Summer Time’ all year round to boost tourism.

So are you a GMT-er or a CTE-er? I’ll leave you with that thought and a quote from Ernest Hemingway: “There is no night life in Spain. They stay up late but they get up late. That is not night life. That is delaying the day.”

Cristina Hodgson - 12 Aug, 2022 @ 18:00
The tradition of free tapas are not only a long-standing tradition in Granada—find out where else with the Olive Press’ Tapas guide