A BIG Brother contestant has been kicked off the show after allegations he sexually assaulted one of his female co-stars.

Programme bosses called in the Guardia Civil after expelling one of the male hopefuls and asking his girlfriend, who is from the Costa del Sol, to leave the show temporarily.

The couple have been named as Jose Maria Lopez Perez and Carlota Prado Alonso, both 24.

Police confirmed a formal complaint had been made by a programme director but they had yet to hear from the woman involved in the claim.

Footage of the alleged assault is said to have taken place under a bed-sheet and has been given to police.

TV station Telecinco, whose controlling company was founded by former Italian PM Silvio Berlusconi and broadcasts Spain’s Big Brother, said in a statement: “Gran Hermano bosses have decided to expel Jose Maria from the programme for what it considers to be intolerable behaviour. 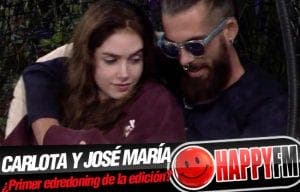 “They have also felt it appropriate for Carlota to leave the house.

“It’s important to point out that the only person that has been expelled is Jose Maria.

“As far as Carlota is concerned, following the recommendations of a team of psychologists, she has been advised to remain out of the house for the moment.

“The door is open to her, so she can return to the show on Thursday.”

Guardia Civil in Madrid confirmed: “We have received a formal complaint from programme bosses who believe there could have been a sexual assault by one contestant on another.’

A source said: “Video footage of the incident in question has been handed over but the problem is that it took place under a sheet so it’s very difficult to see what is going on. 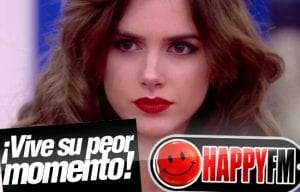 “The woman who programme bosses believed could have been sexually assaulted has yet to make a formal complaint herself.”

A programme director is said to have made a statement at a police station in Colmenar Viejo near the Big Brother house in Guadalix de la Sierra.

El Pais said the statement he made related to ‘a non-consensual sexual relationship between a man and a woman, inside one of the rooms where the programme takes place, detailing that the woman was quite drunk and the man covered himself and the woman up with a sheet so that exactly what happened underneath could not be seen.’

The incident is thought to have happened in the early hours of Saturday morning. 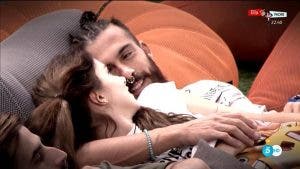 Jose Maria hugged his fellow contestants in a hoodie before getting his marching orders on Saturday afternoon, when he went into another room to cry next to his suitcase.

His rivals thought he was leaving because of family problems as he was kicked out by bosses.

Many thought he had been booted out because of jokes he made about revelling in floods in the north of Spain while his home region, Murcia, was suffering a drought.

He was filmed saying: “I’m happy, they can go f*** themselves. I don’t want anyone to die but I’m happy about this, because they don’t send other areas water.”

Brunette Carlota, from Estepona, works as a Marbella club PR.

She defines herself as a ‘strong but sensitive woman’ who is also ‘honest, tenacious, enterprising, passionate and very romantic.’

She was described as ‘the toughest girl in the province of Malaga’ by one Spanish newspaper.

In a video introduction,  she said she ‘had more balls than any man’ and told how she once had to confront a violent customer with a knife in one of the nightclubs she worked in.