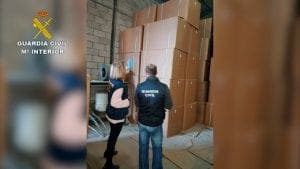 Some six people have been arrested after 250 tonnes of tobacco leaves were seized across eight different addresses in Caceres and Badajoz. 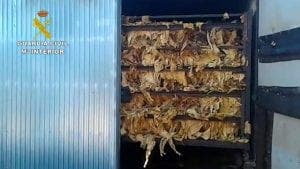 The haul has a street value of more than €40 million.

The property raids also turned up €23,000 in cash and a car while all bank accounts of the suspects have been frozen.

The small criminal group transported the tobacco and home made cigarettes on huge trucks, hiding them among legitimate tobacco transports. 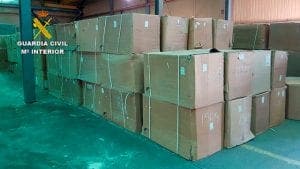 They used fake documentation to make the hauls seem legitimate.

The organisation is thought to have made at least €14 million in profit last year after transporting 85 tonnes of tobacco leaves.

Alex Trelinski - 8 Aug, 2022 @ 17:30
A man breached a judge's order banning him from going onto a Valencia beach and found himself arrested again. The 20-year-old previously stole from bathers...