TRADE unions in Malaga are set to negotiate for higher wages for hotel and restaurant staff.

They argue the 78,000 who work in the industry deserve significant salary increases considering the historic highs in hotel occupancies and visitor numbers.

There were 18.1 million overnight stays between January and October this year and hotels profits have boomed by at least 13%.

But hoteliers are calling for prudence, claiming the cost per worker in Malaga is higher than elsewhere in Spain.

It comes after the Balearics just increased the wages of their hotel and restaurant staff by 17%. 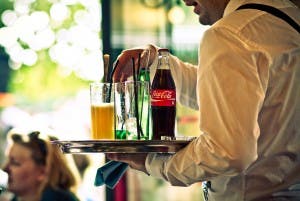 The secretary of the CCOO union in Malaga Lola Villalba said she wants an agreement wrapped up by the end of the year.

The current agreement, which has seen fixed wage increases of between 0.75% and 1.50% each year over the past four years, ends on December 31.

“We want there to be speed so that the agreement can be ready in the spring, before Easter.

“We think that it is high time for higher wage increases, because the profitability of hotels and restaurants has risen so much compared to previous years.

“The sector is booming.”

The level of employment in tourism has risen 4.4% in just one year and is already similar to 2006 and 2007 levels, before the financial crisis hit.

While the industry put a cap on wage increases during the crisis years, unions say those days are over and a decent rise is due.

“The time has come for wages to rise again,” added Villalble, “Even the employers at the national level agree.”

But the president of the Association of Hoteliers of the Costa del Sol (Aehcos), Luis Callejón Suñé, said it was important to reach an agreement ‘without killing the goose that lays the golden eggs’.

“We are better than before, with more overnight stays, creating jobs, but the profitability of hotels does not rise as much as you can think,” he said, “The summers of these last years are still very good but if you look at the average occupation of the whole year we are at 56%, according to the 2016 data.”

Commenting on the Balearic hospitality agreement, Callejón said the cost per worker on the Costa del Sol is still higher than that of the islands, since Malaga has a series of labour laws that are not included on the likes of Mallorca and Ibiza.

“There are travel bonuses, holiday bonuses, holidays, or union hours that make us be above the cost in the Balearic Islands. You have to look at everything, not just the salary increase,” he argued. .