AS a sign the Spanish property market has bounced back, Metrovacesa says it plans to list itself on the stock market.

Since being taken over by creditors following the 2007 crash, the company say they need more investment for financing bigger projects.

This comes after housing company Neinor Homes, listed last year, the first flotation by a Spanish residential builder in a decade.

Worth €2.7 billion, Metrovacesa has appointed banks to help ease the floatation on Spanish stock exchanges and hopes to announce its IPO in February.

However to achieve this banks Santander and BBVA will look to sell their existing shares in the company after taking over the company in 2009. 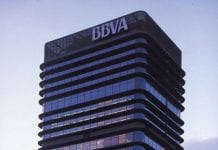