FIVE British men are facing further questioning in Spain after a 27-year-old woman plunged to her death from their hotel room last year.

Kirsty Maxwell, from West Lothian, was 27-years-old when she fell from the lads’ room after reportedly walking in their by mistake.

But her family lawyers are calling for a re-construction of events leading up to her death, which would lead to the group of men to be called back to Benidorm for questions.

The Spanish lawyer for Maxwell’s husband Adam and her parents Brian and Denise has also reversed an earlier decision denying them the right to know what DNA tests were carried out on the clothes she was wearing when she died.

Lawyer Luis Miguel Zumaquero claims Maxwell was fleeing from a ‘sexual attack that had begun to materialise’ in a written document submitted to a Benidorm court.

Zumaquero has also demanded to know if there was male DNA on the clothes belonging to one of the five British men under investigation. 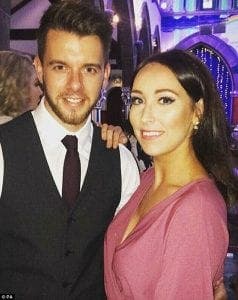 Police will also be asked to specify the efforts they have gone to to speak to guests whose windows overlooked the block where Maxwell fell.

It is alleged that many people staying at the hotel were not questioned by police.

Zumaquero said: “It’s vital the police contact all the guests who had rooms with windows overlooking the Payma building.

“Managers at the Presidente Hotel have been asked about the possibility of sending a letter to each one of those guests, along with a request for information from Kirsty’s family, but the hotel has said it would only do it if served with a court order.”

Yesterday he added: “At the moment we’re still waiting for the judge to rule on a key examination we have requested, which is entry into the apartment Kirsty plunged to her death from so we can carry out a reconstruction.

“It’s something that should have been done in the initial stages of the investigation.

“We are also preparing requests for more tests.”

A source close to Mrs Maxwell’s family added: “The family and her lawyers are concerned that the five men under investigation will not come back to Spain if they are ordered to stand trial and feel they should be remanded in prison. 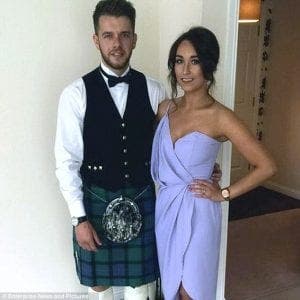 “All the weight of the investigation has fallen on her family and those assisting them because of the passive attitude of the police and state prosecutors, who have not requested any tests or examinations which could clarify what happened.

“We hope they rectify and began to work on this investigation with the intensity the case deserves.”

Joseph Graham, 33, from Nottingham was the only man arrested at the time.

The four other men in the apartment with him, named afterwards as Ricky Gammon, 31, Anthony Holehouse, 34, Callum Northridge, 27, and Daniel Bailey, 32, were summonsed to appear in court in Benidorm last July.

They insisted they were innocent of any wrongdoing at a behind-closed-doors hearing.

The Scot, who had just married her husband in September 2016, had been out partying with a group of female friends for a hen-do.

She went to bed about 4am on April 29 in her ninth-floor apartment.

She then left her flat barefoot and was allowed into the mens’ apartment on the floor above after knocking.

Graham told police the young woman was acting ‘mad, drunk or drugged’ and that she headed for the bathroom before trying to get through an indoor window and then disappearing from his view as she headed towards the balcony.

But lawyer Zumaquero said last May: “The authorities here would be in a stronger position to make all five men return to Spain if they were placed under investigation and were not treated as mere witnesses. 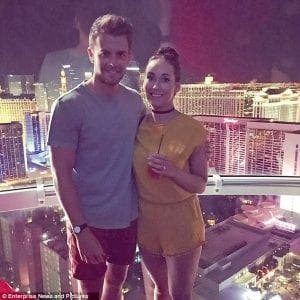 “I don’t think she was pushed but I do believe she was fleeing from something or somebody.

“We know she was trying to get out of a window because of what happened in the bathroom.

“My suspicion is she didn’t end up in the mens’ apartment voluntarily and that she came across these well-built males who Joseph has described as active bodybuilders and include a cage fighter as she was heading to her friends’ flat.

“My suspicion is that she was locked in the bathroom and was very frightened and may have jumped gripped by fear to avoid a worse fate or to escape someone trying to grab hold of her.

“I believe that makes far more sense than the version we have been given by the men in that room which I believe is unrealistic.”