Home Andalucia An 11-year-old gives birth in a hospital in Murcia
Share
Facebook
Twitter
WhatsApp
Pinterest
ReddIt
Email
AN 11-year-old has given birth to a healthy baby at a hospital in Murcia.
The Bolivian girl’s parents called an ambulance thinking her daughter was suffering from ‘stomach pains’ but arriving at Virgen de la Arrixaca hospital doctors soon realised she was in the final stages of labour.

Hospital authorities quickly alerted the police who discovered the father of the baby was also a minor, believed to be 14-years-old, so sexual abuse is ruled out.

A team of the Children’s Group of the police investigated reports that the girl did not know she was pregnant, neither did the parents.

Spain raised the age of consent from 13 to 16 in 2013 but an exception is made if sex is consensual when the boy is of similar age or stage of development and maturity. 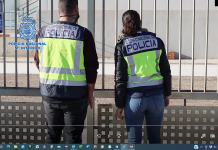