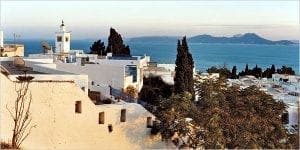 BRITISH holidaymakers are looking east this summer after Spanish hotel bosses put up their prices to cash in on the recent surge in demand.

Demand for the likes of Turkey and Egypt has returned after two years of tourists staying away over security concerns.

Spain’s recent surge in demand and record-breaking tourist numbers was largely due to its rivals suffering losses from successive terrorist attacks and instability.

Some 40% of Thomas Cook holidays were to Spain last year compared to the usual 33%.

But following the increase, hotels have put up their prices to cash in on the demand.

Fankhauser said: “We see that Spain is getting more expensive again this summer, compared to a very good-value-for-money proposition in the Eastern Mediterranean.”

A family of four can get seven nights in Turkey’s Bodrum from just £124.

The Foreign Office lifted its restrictions against travel to the once-hotspot last year and Thomas Cook began selling holidays there in August.

The British government has lifted its warning in Tunisia, apart from in the south and interior, and certain areas near the borders with Algeria and Libya.

It comes three years after 30 Brits were killed during an attack by an ISIS extremist in Port El Kantaoui.

Tunisian holidays are now extremely cheap given the recent lull in bookings.

Thomas Cook is offering a family of four all-inclusive deals including flights, during the summer holidays, from £634 per person.