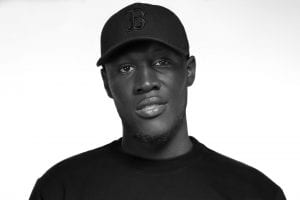 The two day music event will take place on Friday 21 and Saturday 22 September at Victoria Stadium in Gibraltar.

Gang Signs & Prayer – the ‘Shut Up’ rapper’s critically acclaimed debut studio album – was the first grime album in history to reach number one on the UK music charts.

After picking up two BRIT Awards and the Global Award for Best RnB, Hip Hop and Grime in the past month, Stormzy’s performance on the Rock will be one of just four dates he has booked this summer.

The grime artist made headlines earlier this year after his politically-charged performance at the BRIT Awards, in which he called out Theresa May over the lack of money for victims of the Grenfell Tower fire.

Friday night will celebrate 40 years of disco, with the iconic, Sister Sledge taking to the Classic Stage, with a performance from American 70’s star, Suzi Quatro on Saturday.

More international and local acts performing at the festival are yet to be announced.

Gibraltar’s Chief Minister, Fabian Picardo, said: ‘I am delighted that we are now able to announce the first headliners for Gibraltar Calling 2018.

“The quality of these artists, with Stormzy and Rag’n’Bone Man both fresh from the Brit Awards, clearly proves that Gibraltar is firmly established as one of Europe’s best summer music festival destinations.”

Official Club MTV after parties will be held on both festival days at DUSK nightclub in Ocean Village.

Festival doors will open at 3pm on both days of the event.

Early bird tickets are available now starting from £75 at www.gibraltarcalling.com