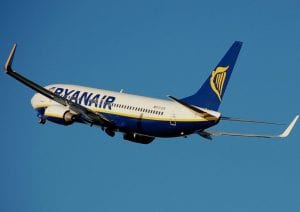 FRENCH air traffic strikes are causing chaos for thousands of travellers, as more flights have been cancelled today.

Many travelling from the UK to Spain face major disruptions to their travel plans.

Those flying to, from, or over France will face severe delays and cancellations over the next few weeks.

Holiday-makers are being advised to check the status of their flight before travelling.

Air traffic controllers began the strikes on Wednesday evening at 6pm British time and are set to last until 5am on Friday March 23.

Another air traffic strike is set to take place on Friday March 30.

Walk-outs and strikes are said to have been a result of unions’ opposition to labour reforms such as pay freezes and a reduction in sick pay, which have been implemented by President Macron’s government.

Ryanair has been forced to cancel over 100 flights, which has left officials furious.

The budget airline has called on the French Government to take action against the Air Traffic Control unions for ‘holding European customers to ransom’.

Chief Marketing Officer at Ryanair, Kenny Jacobs, said: “Yet again, thousands of European consumers will have their travel plans disrupted by a tiny group of French ATC unions going on strike this week.”

British Airways has had to cancel more than seven flights today and is attempting to use larger aircrafts where possible.

The airline is allowing passengers to change their journey until March 27 if they are travelling to France or Spain.

A statement reads: “Yet again the French Air Traffic Control trade unions are causing unnecessary frustration and disruption for customers at a busy time of year.

“We continue to urge the French Government and the trade unions to resolve their issues so that customers can go on their holidays and business trips without these regular threats of strike action hanging over them.

“We are doing our best to reduce the levels of disruption and are offering our customers who are due to fly to/from France, Madrid or Barcelona during the strike period, the chance to rebook their flight if they no longer wish to travel even if their flight is still scheduled to operate.”

Passengers travelling with Air France on Friday or Saturday will also be offered the chance to change their flight free of charge.