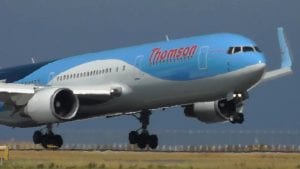 SOME of the UK’s largest airlines have failed to pay a combination of over £4 million in court judgments to delayed passengers.

According to the Registry Trust Online, a company that records all County Court Judgments in England and Wales, TUI (formerly known as Thomson) has been the biggest offender after failing to pay £2.4million in compensation to approximately 5,000 delayed passengers.

Following closely behind is easyJet, who failed to pay £1.5m in compensation to over 3,000 delayed passengers.

EU law states passengers are entitled to refunds when flights are delayed.

A further 2,000 cases are also owed small sums of money by other airlines.

A spokesman from Bott and Co Solicitors said: “Many of our customers have tried to recover compensation direct from the airlines but have been ignored or fobbed off so they have had no other choice but to come to us for help.

Bott and Co, who operate on a no win no fee basis, have lost only 1% of all claims against Thomson Airways that have gone to court in the last year.

“At least there is a crumb of comfort for passengers while they’re waiting at the airport for their delayed flight this summer,” it added.