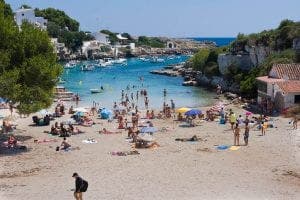 A BRITISH cyclist has died after being hit by a suspected drink-driver in Menorca.

The man was hit at around 11am on Easter Sunday while cycling in Menorca from Alcaufar to Sant Lluis.

Suspected of being under the influence at the time of the accident, the driver was arrested and is now being held in police custody.

La Guardia Civil is looking to send a report to a magistrate to investigate the tragic incident.

A spokeswoman from the Foreign Office, said: “We have offered bereavement advice to the family following the death of a British man in Menorca.”

Cristina Hodgson - 27 Nov, 2022 @ 10:30
PREMIUM tourism is on the rise in the Capital of the Costa del Sol, says tourism delegate. According to Jacobo Florido, Malaga's Councillor for Tourism,...