THE father of an Northern Irish schoolboy who was killed in a suspected hit-and-run has described the boy as having a ‘smile that touched so many hearts’.

Carter Junior Carson, 10, was struck down while holidaying with his father Stuart and his partner Claire in Spain last Thursday.

The schoolboy, from Co Antrim, died in hospital the next day.

His father said: “Carter was our world, with a smile that touched so many hearts. He was a football crazy kid whose loss we can’t describe.

“We would like to thank everyone from the bottom of our hearts for their support, kind words and generosity. Rest easy Daddy’s wee superstar.”

The family are still in Tenerife liaising with the authorities before they can return home to Newtownabbey.

The collision happened at around 8.30pm on Calle Dublin in Adeje in the south of the island.

In a statement the Foreign and Commonwealth Office said they were providing assistance to the family following the tragic death.

“Our thoughts and prayers are with Carter’s immediate and wider family circle at this tragic time.”

According to Spain’s interior minister, two people have been arrested over the hit-and-run.

“Police have arrested two men over their alleged links to the fatal running-over of a boy in Tenerife,” Juan Ignacio Zoido said yesterday.

“Once again the public’s help has been fundamental. Thanks for all your help.” 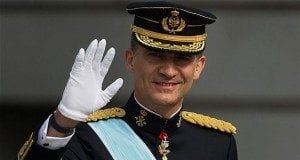