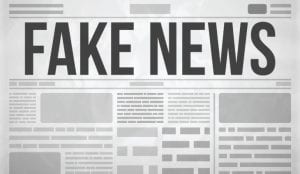 SPAIN could become one of the first countries in the world to make laws against fake news.

An amendment to a new data protection bill is currently being passed through Spanish parliament, put forward by the Spanish Socialists Party (PSOE).

It aims to get rid of false online content that could pose a threat to real facts and information, reported El Pais.

In a bid to regulate digital rights, the amendment looks to make administrators of social media and digital platforms personally responsible for any potentially untruthful content published on their sites.

Those affected may even demand that the website publishes corrections, but only in certain legal situations.

The term “fake news”, coined by President Donald Trump, has been at the forefront of a number of recent scandals which have posed a threat to democracy.

But it is unclear whether the term is referring to false facts published or the way online platforms make editorial decisions about what they choose to report.

If Spain’s new amendment is passed, it could become the first country with multiple, comprehensive laws relating to digital rights.

El Pais reported that the ‘right to be forgotten’ was also mentioned in the Spanish bill – a process which would remove personal data online “when, in time, it becomes inadequate, non-relevant or excessive in relation to the goal for which it was collected.”

In these cases online administrators would have to delete links from search results, which could pose a threat to future research.

Workers who use computers as an integral part of their job may also receive extra rights, in a bid to prevent ‘digital fatigue’.

On Monday Malaysia approved a harsh law against fake news with a six year prison sentence for offenders, while Germany passed a law last year fining social media sites if they do not remove defamatory content.

Other governments are currently considering creating similar laws, including Singapore and the Phillipines.

However, Spain would be the only country thus far to present sweeping laws regulating digital rights.

It is unclear what will be the outcome.