THE Spanish are past masters at winemaking and there are strict conventions governing this specialist field.

But forget everything you knew. Inventive new tech wineries have had the bottle to turn the rule book on its head with audacious new tipples that will blow your mind – and it’s nothing to do with the alcohol by volume.

There is nothing new about ageing wine. The practice of barrel ageing has been around since the Romans started shipping wine in oak casks rather than heavy clay amphorae – an idea they nicked from the French.

But Spaniard Raul Perez, who is known for his love of indigenous grape varieties in north western Spain, took the idea one step further … and deeper.

In 2003, he placed a batch of Albarino bottles underwater in a shallow bay off the Galician coast.

For 60 days they lay submerged in water and the resulting wine was named ‘Sketch’.

According to the US Food and Drug Administration (FDA) ‘every 10 metres of depth at which a wine is aged subjects wine bottle seals to one atmosphere of pressure’.

The pressure, in addition to the temperature of the water, current movement and lack of light, all have an effect on the final product. 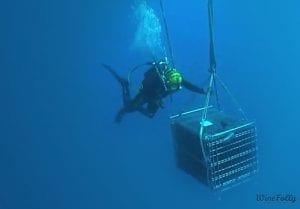 The process was dubbed ‘aquaoir’ – a play on ‘terroir’ which describes how a region’s environmental factors change and influence the characteristics of a wine.

Although still a relatively new concept, it is widely accepted that underwater aging has an acceleration effect, and quite a few vineyards have tried it, including Ronda’s celebrated German producer Federico Schatz.

But while some wineries, such as Viña Maris in Alicante, are dedicated solely to underwater aging, the risk of spoilage has proved too high for some, including pioneer Raúl Pérez.

The small percentage of Sketch still aged underwater is done so for purely research purposes, with all the commercially available stock aged on land. 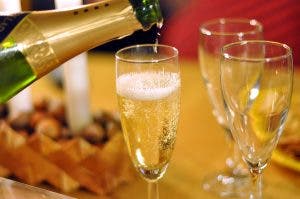 Cava is Spain’s answer to champagne and this Catalan produced sparkler can be traced back to the 1850s.

With annual production nearing 250 million bottles our thirst for this fizz isn’t being quelled any time soon.

Advances in technology have understandably led to a rise in automation, but little has changed to the basic recipe.

Step in Enrico Bouchard, inventor of high end bong ‘The Sublimator’ who teamed up with cava producers Vina Fragrance to come up with Les Quatre Vins.

Translated as The Four Wines, the name is a play on – quatre vingt – meaning four twenty, a self-proclaimed celebration day for all things cannabis.

Winning ‘Best New Product’ at Barcelona’s Spannabis awards last month this wine, which technically can’t call itself a cava due to strict EU rules on the term, is infused with terpenes, extracts of essential oils and plant resins.

While it is said to provide drinkers with a full and realistic aromatic experience, it doesn’t contain any of the active ingredients which makes users feel high.

Una copa de vino azul’ might be your new go-to phrase this summer.

The sweet 11.5% wine is meant to be served chilled with suggested food pairings including pizza, pasta carbonara and tzatziki.

Obtaining its electric colour from anthocyanin, a pigment from the skin of red grapes, and indigotine, a plant-based food dye, the inventors say they want to ‘revolutionise the world of wine with a blasphemous drink’. 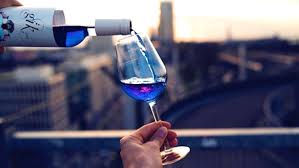 Developed with the help of chemists at the University of the Basque Country, the alcohol anarchists urge drinkers to ‘forget everything you know about wine’.

But why blue? The idea apparently came about after the team, all in their twenties with no prior wine knowledge, read about the blue ocean strategy, an economic theory which identifies red oceans full of sharks eating little fish. Or basically overcrowded markets and blue oceans, where there is no competition.

Seville oranges are world famous for their marmalade-making abilities, however it might come as a surprise that they are also used in the production of wine.

Vino de naranja starts off with a sherry base, which is aged through the classic solera system in American oak barrels for between five and seven years.

Orange peel is then added along with grape must and mixture is macerated for up 18 months, giving the drink its distinctive bitter-sweet taste.

Drink as an aperitif, compliment to blue cheese and chocolate or even on the rocks in a whisky glass after dinner. 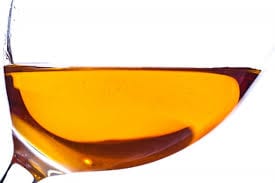