THIS fortnight’s column has been inspired by my recent trip to Ronda.

After walking around and exploring the historic and very instagram-worthy mountaintop city, I stopped off for a spot of lunch.

Naturally I asked to see the wine list, the response to which was ‘House or Ronda’ – I chose Ronda.

One of the things I love about wine and the reason I enjoy learning about it, is that it tells a story.

It is all about history, geology, anthropology even, and so much more all wrapped up in a liquid.

So here, for what it’s worth, is my analysis of the three key regions of Andalucia, minus Jerez and its wonderful sherries.

Moscatel and Pedro Ximenez are the hero grapes of the Malaga region, generally producing sweet, fortified wines that pair brilliant well with dessert such as tarta de manzana.

The origins of viticulture in the area can be traced back to the Phoenicians during the eighth century, a similar story to many other regions in Spain.

The Greeks and the Romans both did their bit to increase the appetite for and technology of wine production and even the centuries of Moorish muslim occupation did little to dissuade its popularity.

Despite the Koran prohibiting alcohol, ‘Xarab Al Malaqui’ (Málaga syrup) was still made with producers simply being required to pay an extra tax to get around the religious authorities.

When Malaga was reconquered by the Christians, a ‘Wine makers fraternity’ was established called the Hermandad Sacramental de Viñeros and quickly went about promoting the virtues of wine drinking. 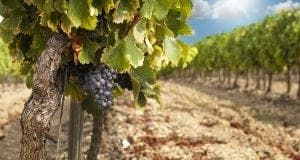 The area of wine production known as the Serrania de Ronda forms part of the so -called DO Sierras of Malaga.

Although not well known on a global scale yet (although that is changing) wine from the area has been produced and sold for millenia, with the nearby town of Setenil de los Bodegas (there is a clue in the name), for example, being where the Romans stored their wine in caves.

Roman coins from 47-44AD found in the nearby settlement of Acinipo, ten minutes from modern day Ronda, feature a cluster of grapes – suggesting that wine played an important position in the economy. There is a well preserved Roman amphitheatre there and appropriately Ronda’s biggest vineyard Ramos Paul sits just below it.

The majority of Ronda’s vineyards, which number around 30, sit between 750 to 1000 m altitude and produce both red and white wines that thrive with the influences of both the warm Mediterranean climate and cooler Atlantic influences. This duality allows the vines to develop acidity, ripeness and complexity. Many can be put down for years.

Reds can be a blend of Romé, Cabernet Sauvignon, Merlot, Syrah, Petit Verdot and Tempranillo and with white varieties including Chardonnay, Macabeo, Colombard and Sauvignon Blanc.

Legend has it that when Columbus set sail for America he left from the port of Palos de la Frontera in Huelva.

He and his team packed plentiful supplies for the trip including dried tuna, vegetables and of course lashings of wine.

With the closest vineyards being just inland, it could therefore be said that Huelva wines were the first Spanish wines to be exported to America, and indeed the wines Condado de Huelva are now known as the ‘Discovery wines’.

Traditionally the region produced a fortified, earthy and nutty flavoured wine similar in style to Oloroso.

However Condado Viejo, made with the indigenous grape Zalema, was vastly overshadowed by its more famous cousin – the sherries of Jerez and as such many vines were pulled up and strawberries planted instead.

Today the area’s wine industry is making a slow comeback will unaged white wines that are light, fresh and neutral, a decent match for the local seafood.

One winery, Cooperativa Nuestra Señora del Rocío in Almonte, not content with making just table wines has pushed the boundary and are now making Andalucia’s only sparkling wine, Raigal.