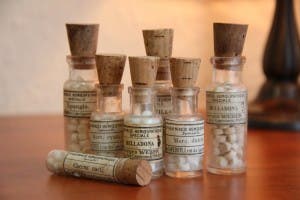 EXPERTS in Spain have warned of ‘grave consequences’ following a rise in the use of pseudo-therapies like homeopathy and reiki.

It comes after a Sociological Investigation Center (CIS) survey carried out in February included questions on pseudo-medicine such as homeopathy and reiki for the first time.

It revealed that parts of Spanish society were worryingly unable to distinguish between conventional medicine and pseudo-therapies.

There is no evidence that homeopathy or reiki are effective treatment methods.

“The data clearly confirms the confusion,” says Josep Lobera, a researcher at the Autonomous University of Madrid who says of homeopathy, “Most people think it’s a conventional medicine because it is sold in pharmacies in its box, with a prospectus and even prescription.”

Some 18.4% of pseudo-therapists are supported by healthcare professionals.

President of the Association for the Protection of the Sick from Pseudoscientific Therapies (APETP) Elena Campos told El Pais: “People go to a professional because they believe they are going to help them be cured but you could actually be getting further away from the chance of [the right] treatment. It has highlighted the need to inform the public in general and also train [medical] professionals so that they know what they are up against.”

A survey by FECYT, the Spanish Foundation for Science and Technology, found that 53% of Spaniards believed completely or at least partially, that homeopathy works, though only 7% were truly convinced by its curative properties and according to the CIS survey, only 5% use homeopathy.

However, Lobera fears the answers show a lack of public health information about a pseudo-therapy whose efficacy has been debunked over the past few years in medical and scientific circles.

He said: “People know about it and even trust it but they don’t use it because they don’t need to. I find it concerning because I think there’s a lack of information. People don’t realize what scientific trials entail and that medicines have to prove they are effective.”

“The health service hasn’t even launched an awareness campaign, which is something we’ve been seeking for over a year,” she said.

“For example, the EU has had to launch a campaign in favor of vaccines because measles has become rife due to mistrust of the measles vaccine.”

An outbreak of measles in Granada in 2010 revealed a network of families who had made a stand against the vaccine but were subsequently obliged to have it administered to their children by law.