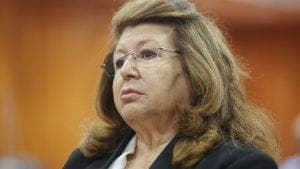 THE killing of thousands of animals at the notorious Parque Animal shelter had financial motives, a Malaga judge has confirmed.

As first revealed by an Olive Press investigation five years ago, the non-profit refuge, in Torremolinos, was used as a way to generate cash for boss Carmen Marin and her family.

While Marin is now in prison for animal cruelty and falsifying documents – thousand of animals died painful deaths without the correct amounts of drugs – as the inquiry moves onto her two children, her son-in-law and her assistant at the shelter.

It is alleged Marin’s assistant spent more than €14,000 on a car, while her daughter spent €104,000 on a total refit of her cosmetic clinic is Los Alamos.

Marin went on shopping sprees and used money obtained from killing the animals to rent cars, pay for gym memberships, driving lessons and stays at luxury hotels in Marbella, Lisbon, Marrakech and the US.