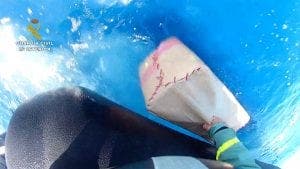 GUARDIA Civil officers have seized over 2,000 kilos of hashish from the sea after a high-speed narco chase in Huelva.

Four men have been arrested on suspicion of crimes against public health after a boat, which is typical of those used by drug-traffickers, was detected heading to the coast.

Officials from the Guardia Civil Servicio Maritimo, along with a Servicio Aereo helicopter were dispatched and found the boat around 11 miles from Isla Cristina. 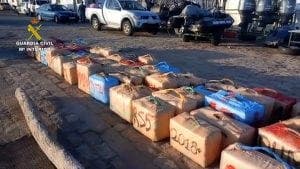 After realising they were being followed, the four men on the boat attempted to get away at great speed and threw bales of hashish into the sea.

One officer was assaulted when trying to arrest one of the alleged drug-traffickers, after officials managed to jump in the narco boat.

73 bales of hashish weighing in at 2,200 kilos, were recovered from the sea and have remained in custody as evidence.