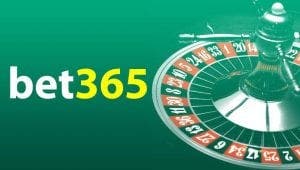 THE Gibraltar government has denied the Rock could be set to lose one of its biggest employers thanks to Brexit.

It comes after the Times of Malta claimed Bet365 had announced it will relocate to Malta once the UK leaves the EU.

In the alarming report, the newspaper claimed 1,000 workers could lose their jobs as the online gambling giant planned to take its business elsewhere.

Both Bet365 and the government were this week forced to rebuke the story, claiming the company ‘remains committed’ to the Rock ‘and its workforce’.

“We have decided to increase our existing presence in Malta, which provides a mature and robust regulatory environment for the industry,” a spokesman for Bet365 said.

“We can confirm that we will be retaining our strong presence in, and commitment to, Gibraltar where our main operational hub is based and will continue to maintain our existing dual regulatory and licensing strategy and presence.”

Bet365 has an annual revenue of GBP1.5 billion and around 23 million customers worldwide.

It is the leader of the online gaming industry, employing over 3,000 people on the Rock – the equivalent of 10% of the territory’s population.

There have been fears since the UK’s leave vote that some of the 30 gaming companies based in Gibraltar could move their headquarters.

“It would be a big loss for Gibraltar,” said the boss of fintech company Ignite. “It would be pretty devastating for the local economy.”

He added: “It’s understandable that they have to prepare for such a move.

“Most of their workers live across the border in Spain, if there are problems post-Brexit and there are daily three-hour border queues for example, that’s going to impact their business, so they have to hedge their bets a little.”

Minister for Gambling Albert Isola meanwhile agreed that Bet365 was managing risk by scaling up in Malta, but said the company was not leaving the Rock.

He said: “We understand that business needs certainty and has to manage risk.

“There is no single risk management solution here as the issues are complex.

“That is why we are working with operators and with other jurisdictions to establish the best overall regulatory framework in which to do business.”

He added: “They are not leaving Gibraltar by any stretch of the imagination. Neither are they having to choose between us and Malta.

“What remains true is that Gibraltar remains the jurisdiction of choice for the most reputable gaming companies in the world. Brexit isn’t going to change that.”

A cyber security expert who works for several gaming companies told the Olive Press other big names in the industry were considering an emergency relocation from the Rock in case of unfavourable Brexit outcomes.

“It’s the clever thing to do, every big gaming company I work for has what’s called a Disaster Recovery (DR) site in another location, and Bet365’s DR in Malta was set up two to three years ago.”

Asked whether Bet365 or the government would withhold information about the alleged move, the expert, who asked to remain anonymous, added: “It’s an extremely delicate situation, news like that could have big consequences on the industry and Gibraltar itself.
“It’s not something you would want to become publicly known.”