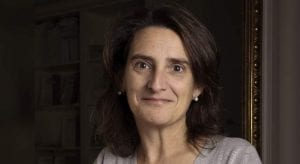 SPAIN’S new government has vowed to prioritise its green policy during a meeting in Brussels.

Teresa Ribera, the new environment minister, announced that ‘Spain is back’ and that it would be working towards the EU goal of having at least 35% of its energy coming from renewables by 2030.

She said that as renewables are becoming cheaper, there is no reason why the targets can be met, and then some.

The so-called sun tax, which hits anyone getting energy from their own solar panels, is also expected to be repealed.

“Spain is no longer a burden,” Ribera said at the meeting, held in Luxembourg, “we are aligned with countries wanting to make progress.”

The minister also spoke of the ‘inevitable’ end to coal power, adding that the new government would make up on ‘lost time’ and come up with a plan for regions who depend on coal for jobs to transition into the green energy market.

“The Government is committed to the people, to the regions,” insisted the minister, who has acknowledged that there is concern in some regions (such as Asturias or Castilla y León) on this issue.

The green surge comes after PSOE’s Pedro Sanchez was sworn in as Spain’s new prime minister following a no-confidence vote against the conservative Mariano Rajoy.

One of Sanchez’s first moves was to inform Brussels that he would be changing the country’s approach to renewable energy and climate change.

“We are going to change the narrative,” said a source in Sánchez’s team. “The energy transition is not a whimsical issue.”