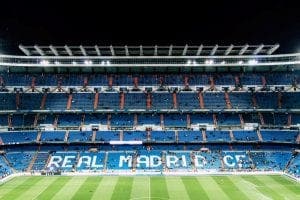 We can finally compartmentalize all factors that led Real Madrid to Champion`s League victory. So why is the team writing a new history of football?

Why Is Real Madrid Writing a New History with Their Champion`s League Victory?

We all can breathe out now. It`s over. Football fans all over the world had been waiting for the final game between the English and Spanish teams, and honestly speaking, the anticipation got most of the emotions dried out.

It often happens this way. We`re waiting for Christmas being so passionate and excited about this holiday. And when it finally comes, it`s more like “Meh, whatever”.

But Champion`s League is better than Christmas. This football event is usually surrounded with more anticipation, celebration, and joy than all annual holidays put together. It`s an absolutely historic moment for Spain because Real Madrid became a champion for the third time in a row.

Okay, now we can definitely breathe out, calm down, and after all Spanish cheering and English crying (sorry, Liverpool, you were good but you don`t have Cristiano Ronaldo by your side) we can finally talk about a massive impact that this victory may have on the whole football universe. Because it is, in fact, the whole other world.

Football fandoms are the most passionate and active, football players are the richest people, Ronaldo is the most followed person on social media, and all this frenzy is still the biggest mystery to Americans who call it “soccer” (and it`s the British people`s fault, by the way).

What is more, this victory is likely to rewrite the history of sports. And we have a proof for you because now when Spain tuned down the celebration mode a bit, we can analyze the aftermath of the legendary game.

You want to know why it`s legendary? Like every single person and event that is connected to football, it becomes something insanely interesting in fans` eyes. Even if you think that this kind of sports is none of your business, you`ll still end up being surrounded by people who either want to become football players or want to date them.

I will hand down sacrifice just to see my favorite team playing right before my eyes. Seriously, how can you even think about work or study when such a bloody battle is happening on a football field? You just call in sick, do your homework right at the stadium or google for an essay writer cheap who can be fast and furious to help you out. You do all that because you don`t want to miss out on the event that may be writing a new page in history.

Ronaldo Isn`t the Only One

Cristiano Ronaldo has been on top of football for many years. And Leonel Messi, who is also a super talented and professional football player, has always been his main rival. It would be an absolute bliss to watch those two titans meet face to face or foot to foot in the game. But in the final combat of Champion`s League Ronaldo could feel like the king of the field. Except he wasn`t.

Let`s admit that the odds of Liverpool`s victory weren`t too high. Many fans had hope, but it was the neutral Kyiv field, so the victory was fair and square. We also know that Real Madrid`s players all together cost almost one billion dollars, while Merseyside guys are worth half of that sum.

Nevertheless, we learnt three valuable lessons from the final match. The first one is that Ronaldo has more super cool rivals than he and all of us thought.

The second one is that Mohamed Salah is an absolute superstar on the rise, and he`s got his fair share of world records.

The third one is that Ronaldo may be a bit overrated. Hold your indignation. He didn`t score once during the final game. However, some experts claim that Ronaldo just didn`t want to overshadow younger and less experienced players.

We`re Going to Miss You, Zizou

For those who are reading this article out of curiosity, let me explain to you that Zizou is a nickname of Zinedine Zidane, who was the Real Madrid`s manager from 2016 to 2018. He decided to resign right after the victory. Zidane is considered to be one of the best players in the history of football, and apparently, he`s one of the best managers as well. So his decision leaves us with a bold curiosity about Real Madrid`s further fate.

In fact, everything about that game is absolutely legendary. There were the moments which seemed complete accidents, but they turned out to have a huge impact on the result of the game. Like Mohamed Salah`s shoulder injury practically at the very beginning of a game. Or bad luck of Liverpool`s goalkeeper Loris Karius, who broke down in tears after his team`s loss. The score was 3:1, and we can`t say that it wasn`t his fault.

And most importantly, Real Madrid became the champion for the third time in a row. This is what we call writing a new page in history.