A GROUP of British expats have called in police after losing more than €6 million to an alleged Costa del Sol fraudster.

The unsuspecting Brits invested up to €1.64 million each into the alleged ponzi scheme operating out of Marbella, Dubai and India.

The victims insist the businessman, who was declared bankrupt in the UK, persuaded them to invest huge sums into a paper recycling and printing business, as well as trading platforms in Dubai, ‘guaranteeing them a 2% monthly return’.

The former soldier, who has lived in Marbella for decades, has yet to see any return.

“It has destroyed him,” his son Paul told the Olive Press this week. “He had a stroke earlier this year from the stress of it, we are barely keeping our heads above water paying off debts.”

Livesey, who once ran a successful UK construction company, was introduced to Williams by a director at one of Gibraltar’s cryptocurrency companies.

“They snared him in with trips to Wimbledon for the tennis, Sweden and to fancy meals out, which was nothing compared to what they got off him,” explained son Paul.
“They need to be stopped.”

Another victim, Adrian Parsons, 53, from Birmingham, invested €500,000 into the Dubai-based recycling company.

“He was very convincing,” Parsons told the Olive Press, “He and his partner were living in a €10,000 per month villa in Marbella and were dressed head to toe in designer clothes and Rolexes.

“They live the high life out here with all the apparent credentials to prove they are successful and making money.”

Not initially convinced, Parsons flew out to Dubai where he was shown around various facilities that apparently backed up the claims.

“He reinforced all this with detailed bank statements and lots of official paperwork, which we now think was fake,” he continued.

Initially, the investment seemed to be genuine and for the first six months he was paid back the promised 2% agreed per month.

“But then the money suddenly stopped coming in,” he said. “I’m sure this was some sort of Ponzi scheme. Clearly they ran out of more investors.”

For two more years, Williams kept promising the money would be returned, claiming his company Impact General Trading, based in Dubai, had been embargoed and had accounts frozen after ‘illegally dealing with Iran’.

Parsons has since asked for his €500,000 investment back to care for his sick father, who has been diagnosed with terminal cancer.

“Williams promised me I would get my money back, telling me how his mother had also had cancer and that he wouldn’t let us down,” added Parsons.

But the money never materialised.

Another alleged victim, Michael McVicar, claims to have lost €1.5 million, while up to a dozen other expats have apparently lost between €100,000 and €1 million.

Collectively the group claim they are owed €6.28 million.

The Olive Press has discovered that Williams left Llys Meddyg Llangristiolus, in North Wales almost a decade ago after being declared bankrupt and having his care home company investigated for fraud. 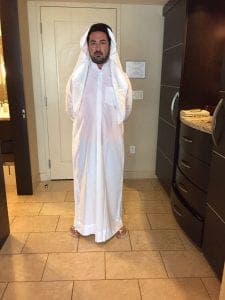 Despite this, he has been able to help set up several companies, including Impact General Trading, in Dubai, and others in Panama.

According to the victims, Williams and his wife and children have recently vacated their exclusive rented villa in Marbella.

“We understand they have now, rather rapidly left the coast and returned to Wales.

“Until last month, they had three kids at private school, were still going to all the top restaurants – just like nothing had happened – and all apparently on an income of ZERO!

“At the same time he has left a trail of destruction behind him and many lives in tatters.”

North Yorkshire’s police fraud squad confirmed to the Olive Press that it is looking into the Williams, but could not comment any further.

After numerous attempts to contact Williams by phone, he finally replied by email to insist his innocence.

“I totally and utterly deny any allegations,” he wrote, but did not reply to any further questions.

His whereabouts is currently unknown.