SPAIN is undoubtedly one of the most Arab-influenced countries in Europe.

From language to art, the Moors left an indelible mark on Spanish culture. But it is their monumental talent for elegant architecture – particularly in its places of worship – that transfixes visitors to this day.

Following the news of a newly-discovered mosque in Toledo, we scanned Spain’s minaret-studded skyline to round up the most impressive mosques in the country. 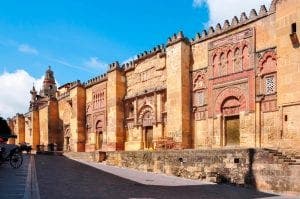 THIS breathtaking mosque is one of the most visited in Spain and it’s no wonder it’s been labelled a UNESCO World Heritage site.

Packed with a forest of brickwork columns and double arches, climbing the steps of its bell tower offers stunning views of the city.

The structure is regarded as one of the most accomplished monuments of Moorish architecture.
A small Visigoth church, the Catholic Basilica of Saint Vincent of Lérins, originally stood on the site. In 784 Abd al-Rahman I ordered construction of the Great Mosque, which was considerably expanded by later Muslim rulers. 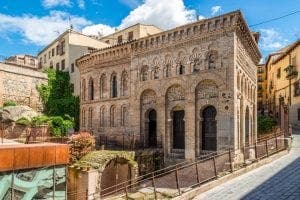 THIS square structure is one of the only mosques to remain unchanged since Moorish times.

It features classic horseshoe arches with outside gardens transporting visitors one thousand years back in time.

A fragment of Roman road, preserved under a glass floor, transports tourists even further back in time.

The mosque’s viewing balcony offers beautiful views of the outskirts of the city. 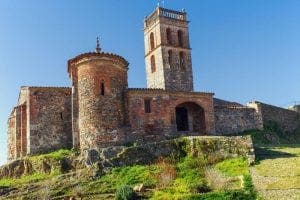 THE Almonaster mosque reveals a lot about Huelva’s Moorish history as one of the last surviving gems in the city.

Built on the site of a fifth-century Visigoth basilica, this is one of few surviving rural mosques in the country.

The mezquita has three components in a trapezoidal shape: the pillared prayer hall (Haram), the courtyard of ablutions (Sham), and the minaret tower for the call to prayer. 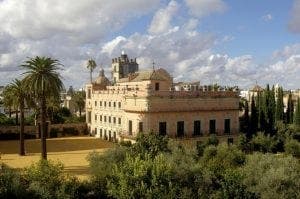 First constructed by Andalucia’s Moorish rulers back in the 11th century, the Alcazar is is one of the last-remaining examples of Almohad architecture on the Iberian peninsula. Many centuries of history are preserved in its lofty towers and massive 4,000m walls. Climb to the top of this monumental eyrie for a bird’s eye view of the whole city. 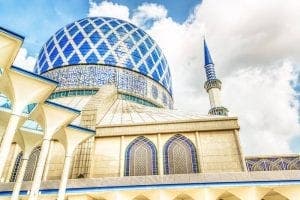 THIS new kid on the Islamic block aka Abu-Bakr Mosque can be found in Madrid’s Tetuán district. Spread over four floors, it also holds offices, a nursery, school, library, auditorium and shop.

After its dedication as Waqf land – a charitable entity under Islamic law – it still took years to collect enough individual donations to construct the mosque. Finally opened in 1988, it became the first mosque in the capital since the end of the Islamic occupation in 1085. 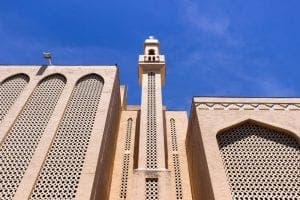 Another mosque to be built in modern times, this Islamic place of worship was funded by Saudi Arabia in honour of their late King Fahd, one of Marbella’s wealthiest frequent visitors.

It can hold over 800 people and consists of housing for the imam, a library and beautiful gardens. Every summer, billionaire Arab royals and their retinues retreat to the mosque after docking their megayachts in Puerto Banus and Marbella. 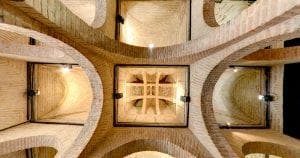 BUILT in the middle of the 11th century on the foundations of Roman architecture, las Tornerias lords it over the old Muslim neighbourhood of Arrabal de Francos.

The mosque continued promoting Islam in Spain well beyond the reconquest of the city by the Christian troops of Alfonso VI of León and Castile in 1085. It was in use until the early 16th century when it was deconsecrated by the Catholic Monarchs. Later it became an inn, and was also put to commercial and residential use 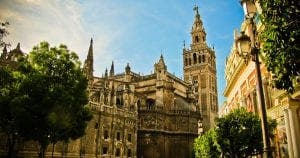 The Renaissance-style bell tower of Sevilla Cathedral was originally built as a minaret under Moorish rule. Piercing the sky at a height of 104.1 metres, it has become the symbol of the city, recognised the world over. Curiously it was designed with a ramp rather than steps so that the muezzin could ride a horse to the top to recite the Adhan (call to prayer).

UNESCO rightly honoured it with World Heritage status in 1987. Today it’s one of the city’s top tourist attractions.

Off-the-beaten-track: Ten destinations in Spain that should be on your travel bucket list this summer