I HAD a leaky roof recently with the heavy rain. I don’t know how to fix a leaky roof, so I paid someone who did know to come and fix it for me.

Hang onto that thought for a moment.

There have been a lot of documents circulating over recent days, mainly proceeding from the Podemos ‘communist’ party, about the privatisation of services in Mijas. Of course, they are fiercely against any such moves.

So, what is the history of privatisation in Mijas?

It started off with a plan to outsource the collection of local taxes to the provincial government (Diputación de Malaga), the idea being that they collect the taxes and we pay them to do it. Hence, even if they were more efficient than Mijas Council at gathering in the taxes, there would be no guarantee that we would end up with more money in the bank, as it would have cost us about €5 million to have them do it. On this occasion, Maldonado lost the vote, with the Podemos councillor and the independent voting against the motion with the PP.

Then, Mayor Maldonado and Co had the idea of privatising the sports services provided by the council. For the first time in the 20 years that I know of, there were demonstrations in the street with workers and service users protesting against the proposal.

This time it was approved with the support of the communist councillor. This is now costing Mijas about 2 million more than a council-run service, as the private company managing it needs its profit margin.

Third came the proposed privatising of the parks and gardens service. This has gone out to tender but does not include the parks and green areas in the urbanisations. The contract is believed to be worth around 4 million euros, about 2 million more than it currently costs. Again, the private company needs its profit margin.

I remember the late 70’s and 80’s when Margaret Thatcher set out to sell off public companies and privatise services in public bodies. Right or wrong, this was about getting services for less money than the public organisations could provide them for. As I recall there was strong opposition from the Labour Party and all of those to the left of the Socialists, in part because of their fear of job losses.

This is what makes Spain different. It is precisely the Socialists, the Communists, and Ciudadanos (no one quite knows what they are yet), who are pushing these privatisations through, with the conservative PP opposing them!

So why are they doing it? For the same reason as I got someone in to fix my roof; they are incompetent and don’t know how to run these services efficiently and effectively, so they are buying it in at our expense.

Wouldn’t it just be cheaper to change the bungling government team, put in councillors who do know, and save ourselves millions? 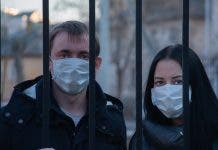