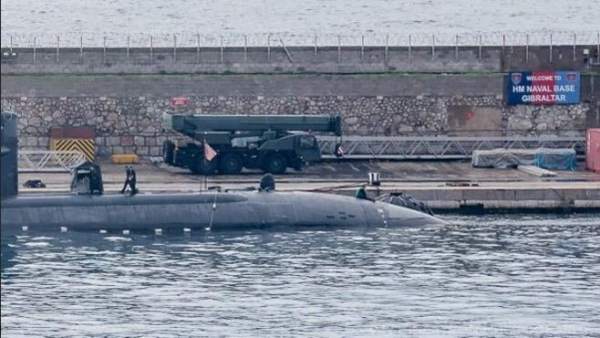 Ecologistas en Accion blasted the British Navy following the arrival of the HMS Astute S119 into the overseas territory at the weekend.

The green group called the submarine a ‘floating bomb’ and said it put the whole of Andalucia at risk from a nuclear fall out.

“This is the largest submarine in the British Navy, a successor to the Trafalgar class with a capacity of 7,400 tonnes,” the group said in a statement.

“It is the same submarine which ran aground on the island of Skye in Scotland – without there being victims – before being refloated and repaired later.”

It criticised the vessel being docked on the Rock in 2014, 2015, and 2016, adding that the ‘floating bomb’ is ‘endangering the population of the Campo de Gibraltar end beyond’.

It added: “We regret that Gibraltar welcomes submarines of different kinds which have continually had breakdowns or design flaws, and which are continuously putting at risk the Campo de Gibraltar area.”

The group, which campaigns on environmental issues, said it was time for Gibraltar to be ‘free from nuclear-powered submarines and other vessels that are real floating bombs once and for all’.

“A nuclear submarine like the ‘HMS Astute 119’ can cause a nuclear accident with a fallout radius engulfing most of Andalucia and the Maghreb,” it said.

Simon Wade - 24 Jan, 2022 @ 09:45
ROJALES Local Police are investigating extensive vandalism at the area’s natural park of El Recorral. The park serves the immediate town of Rojales and the...