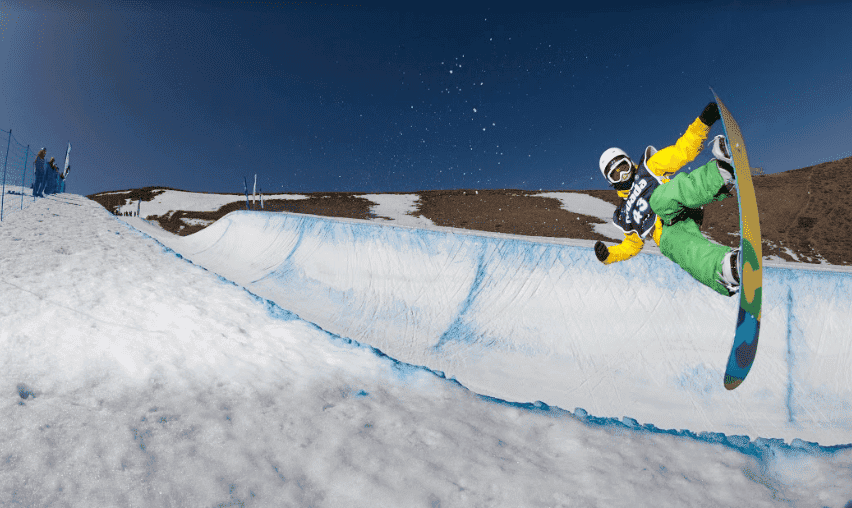 LOCALS boast of its cream snow. So it is no wonder the Sierra Nevada is a Mecca for thrill-seeking snowboarders, who come in their droves to take advantage of a soft and sumptuous ride.

For beginners and experts alike, Spain’s highest resort is a glorious setting. With its stunning scenery and top-class facilities, it was no surprise that it won the bid to host the Freestyle Ski and Snowboard World Championships last year.

One of the best places to catch the top riders in action is at SuperPark Sulayr, Europe’s largest freestyle snowboard park.

Sitting at an altitude of 2,700 metres on Borreguiles, the famed snowboarding park houses the country’s biggest permanent half-pipe.

Measuring an astonishing 165 metres in length with a height of six metres, the special design flattens the snow on the side of the half-pipe so boarders can jump on both sides.

Rookies will also find a place to carve their niche in the resort, thanks to the gentle gradients of central station, Borreguiles.

Here, lifts deposit snowboarders on a smooth and well-groomed area where they can hone their skills.

Many professional snowboarders class Sierra Nevada as their home and a few shops specialise just in snowboarding.

These include South Star, where Jesus and his brother juggle their passion for the snow with running their own two shops. “It’s a fantastic place for snowboarders, one of the best in Spain, if not Europe,” explains Jesus. “It has grown loads over the last few years and we are always busy.”