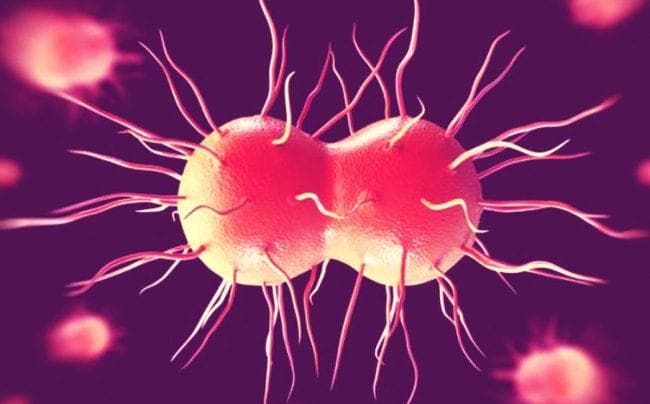 THE UK has sent an official health warning to Spain after discovering a super strain of gonorrhea which is resistant to antibiotics.

It came after Great Britain detected an extremely resistant strain of the sexually transmitted infection from Brits who had recently travelled to Ibiza.

The UK notified the World Health Organisation on January 7, warning of the resistant Neisseria gonorrhoae bacteria.

The first case was detected in a straight woman who tested positive for the infection in October last year.

She told doctors she had had sexual relations with several other Brits while partying on Ibiza.

The second case, from November last year, also involved a straight woman who said she had had sex with a man who was in Ibiza from June to September.

Both cases of gonorrhea were treated with the usual medication (ceftriaxone) but the pathogen was not eliminated.

It was also resistant to cefixime, penicillin, ciprofloxacin and tetracycline, but it has since been found susceptible to spectinomycin.

Fearing an epidemic, the Public Health of England established an incident management team, which sought to locate all affected sexual partners of the two infected women.

The British health service believe there is an epidemiological link between sexual encounters and British citizens who have travelled to Ibiza.

Britain has therefore informed Spain about these cases through the European Early Warning and Response System (EWRS).

The Can Misses Hospital in Ibiza says it does not have an isolated N. gonorrhoeae XDR strain which exhibits the resistance pattern detected in the UK.

“Given that most cases of gonorrhea are asymptomatic, the spread of a resistant gonorrhea strain is possible and can occur rapidly in high-risk populations,” explains the epidemiological report.

“Although if there are no more cases of this type of gonorrhea, the risk of a massive transmission in the UK is low.”

The WHO recommends the use of condoms as the best method of preventing and effectively controlling the spread of sexually transmitted diseases (STDs). However, some STDs, can still be spread via skin-to-skin contact or during oral sex. It is therefore recommended that one undergo regular STD screening using either doctor-ordered test panels or an at home std test for gonorrhea or full STD test panel.