REAL Madrid defender Sergio Ramos has confirmed he will marry his model and presenter girlfriend Pilar Rubio this summer.

The A-list wedding will take place in Sevilla on June 15 after Ramos, 32, described it as ‘the ideal moment’.

The lovebirds chose the Andalucian capital for a more private affair, and will even ask guests to leave their phones and cameras at the door.

Ramos, who has won the Champions League four times with Madrid, joked the event would be a ‘special wedding because we’re special’.

“We’ve decided to get married in Sevilla because we’ve been in Madrid for so long now, it means there’ll be less people,” he said.

“It’s a very special moment for us after being together for so long and forming such a fantastic family with three little ones who fill our lives with passion.

“We felt it was the ideal moment and we wanted our children to enjoy it because when they were younger it’s not something they would understand so much.”

Rubio, 40, who was voted sexiest woman in the world by FHM magazine, suggested a top star could perform at the wedding, describing them as ‘very big’.

“I’m as excited about putting on my wedding dress as I am about what’s going to happen afterwards,” she said.

Ramos was born in Sevilla and also began his career at the La Liga, before being transferred to Madrid for a record €27m. 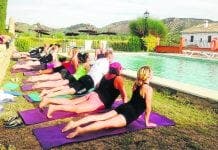 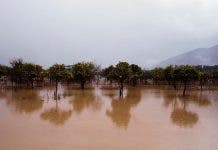 Staff Reporter - 28 Jan, 2020 @ 10:49
CHAMPAGNE and Ferrero Rocher felt like an excellent self care program for the first week of Christmas, but by the end of the Reyes,...