POLICE believe the fire at Playa Padre beach club was most likely another settling of accounts.

Investigators have found evidence that the flames began in at least eight different areas of the club, indicating that it was set deliberately.

The flames began at around 7pm on Monday and blazed for an hour and half before being put out by several fire engines. 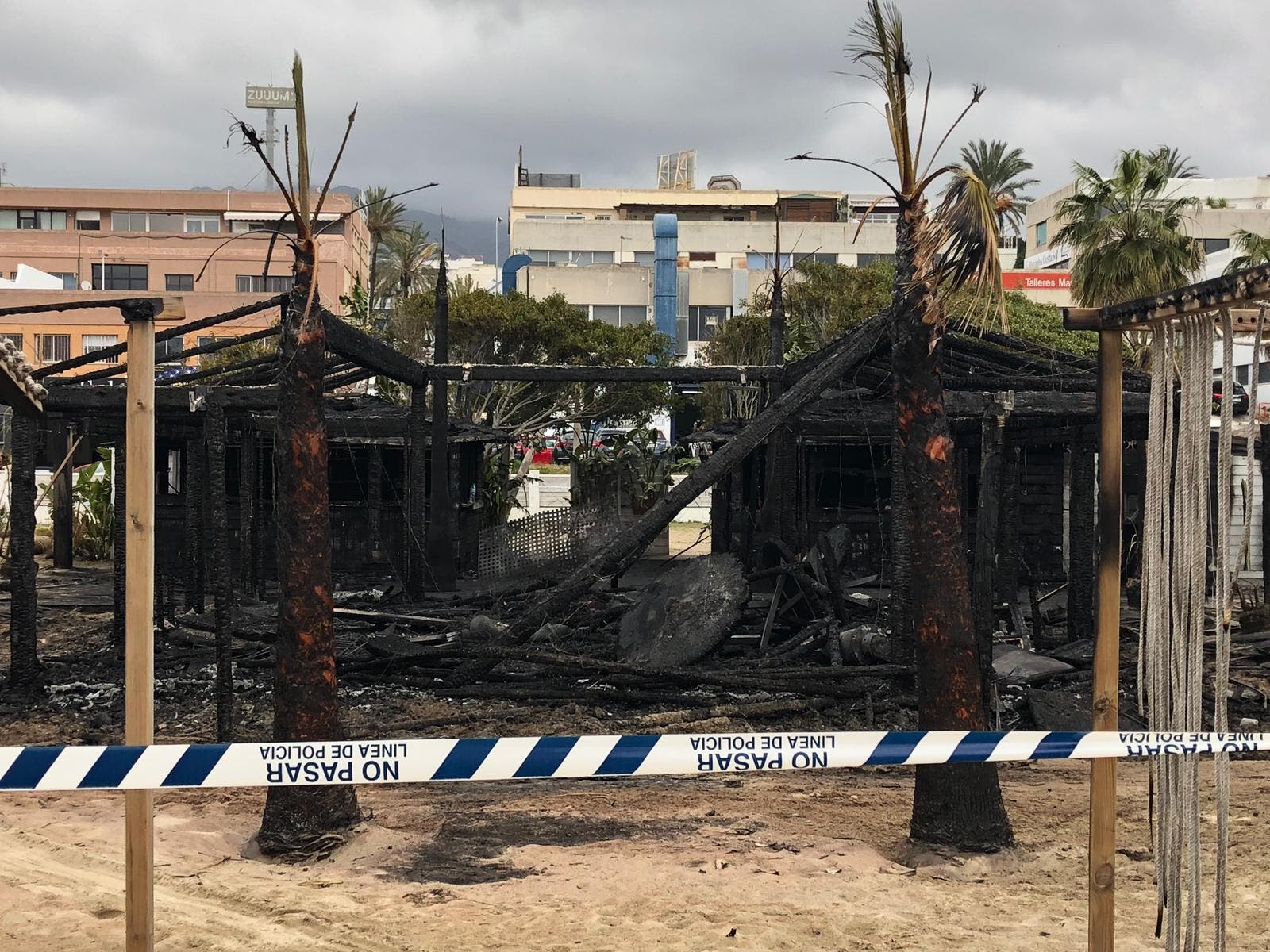 A security guard is believed to have been on duty but left the scene unharmed when the flames erupted.

The club, which employs around 60 people, was due to open during Semana Santa and is owned by well known Marbella businesswoman Maria Bravo.

It opened in the summer of 2017 with a star studded event attended by Hollywood icon Pamela Anderson.

Bravo’s good friend and actress Eva Longoria has been a frequent visitor to the club, located next to the Bajadilla port.

Forensic teams are continuing to analyse the charred remains of the chiringuito to reveal more clues about who could be behind the suspected arson attack.