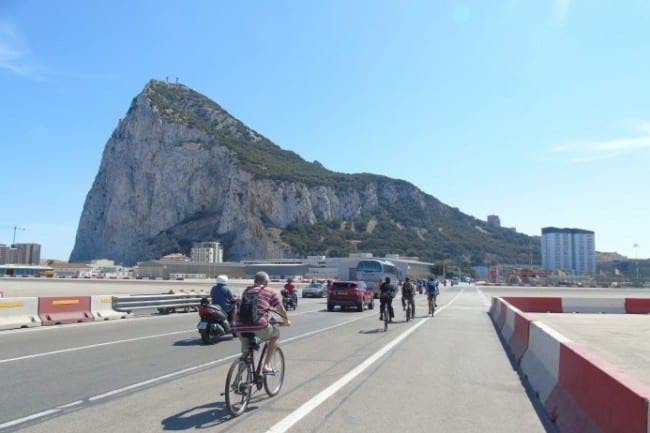 A BRITISH drug dealer has been arrested outside a ‘military establishment’ in Gibraltar.

According to the Royal Gibraltar Police, the suspect, 34, was found to be carrying 56 grams of cocaine.

He has been arrested for possession and possession with intent to supply.

A police statement added: “The operation also involved search warrants being executed at two different locations with the aid of specialised sniffer dogs.

“The man has been granted bail with conditions.”

Police did not confirm whether or not they believed the dealer had planned to sell the Class-A drugs in or near the military establishment.

A spokesperson told the Olive Press: “We are not commenting beyond what has already been said as the matter is currently under investigation.”

The arrest comes a day after the nearby Campo de Gibraltar saw one of the biggest anti-drug trafficking raids ever.

More than 500 Spanish police officers, with the help of helicopters and boats, rounded up dozens of suspected dealers and drug gang members between La Linea de la Concepcion and Malaga.

Cops were cracking down on the infamous Castañitas gang, thought to control 70% of the hash that makes its way across the nearby Strait of Gibraltar from Morocco into Spain.