AIRSPACE in Spain and the rest of the EU has been closed to all Boeing 737 MAX aircraft after 157 people died in a plane crash in Ethiopia on Sunday.

The European Aviation Safety Agency (EASA) decided to close the airspace after 31 airlines and 15 countries had already banned the Boeing model.

The temporary suspension of the aircraft from European airspace was effective as of 7:00pm on Tuesday.

The Ethiopian Airlines plane crashed shortly after it took off from the country’s capital, Addis Ababa.

It marks the second crash of a Boeing 737-MAX in less than five months, after a Lion Air flight crashed in October in Indonesia, killing 189 passengers.

One Irish national and seven Britons were among the victims of 35 different nationalities killed in the air disaster.

In total there are 370 Boeing 737-MAX aircraft registered, of which, 56% are grounded due to calls made by airlines.

Since the disaster in East Africa, Boeing’s shares have plummeted, in the highest drop the firm has seen since the 9/11 attacks in the US in 2001. 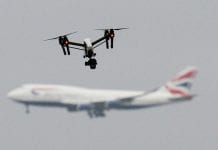 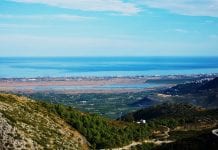