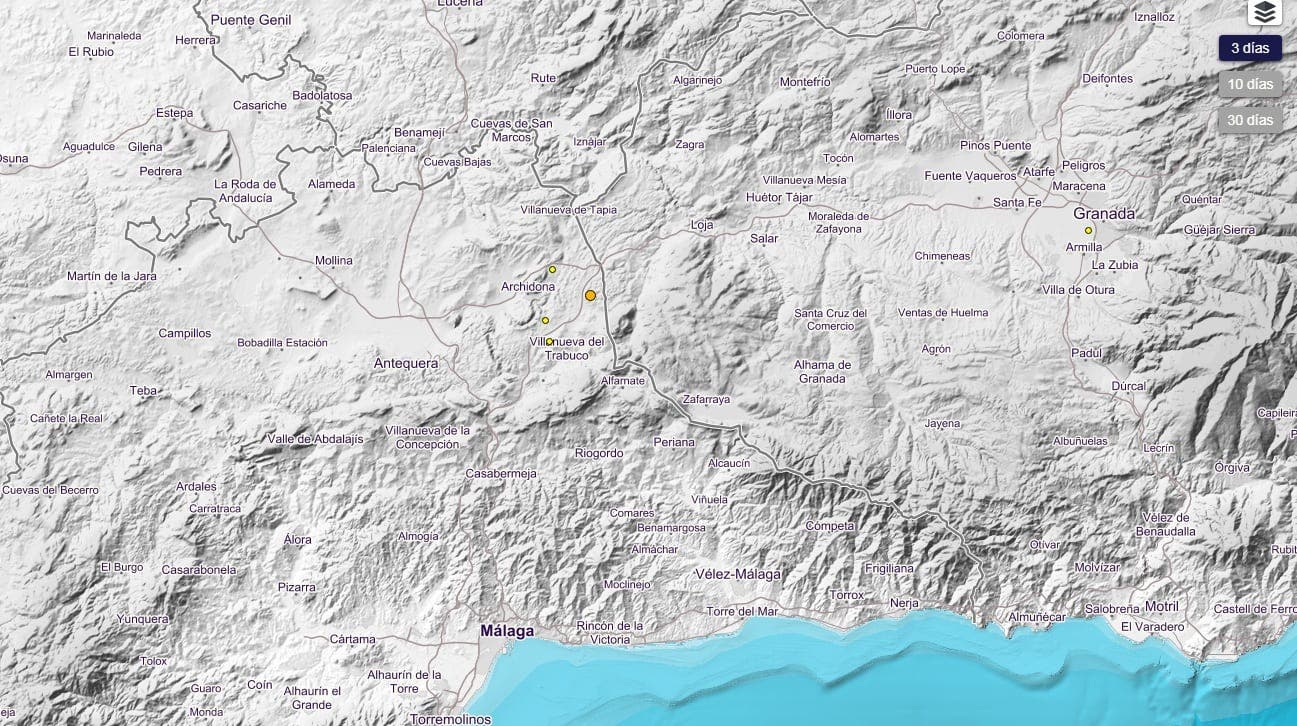 The quakes happened between 8.42pm and 12.23am between Archidona and Villanueva del Trabuco, according to the National Geographic Institute.

Although only measuring between 1.7 and 2.1 on the Richter scale, residents felt shaking due to the epicenter being so close to the surface.

The first of the movements was recorded at 8.42pm in Villanueva del Trabuco, with a magnitude of just 1.7 on the Richter scale and was barely felt, but it was the beginning of a series of four earthquakes in just four hours in the same area.

The second was registered at 9.07pm in Archidona, reaching 2.1 on the Richter scale.

It was the biggest of the four and its epicenter was just three kilometres deep.

The third seismic movement came at 10.15pm with a magnitude of 1.8 on the Richter scale.

The fourth and last occurred at 12.23am, very close to the previous one, but a little further north.