LUXURY pads in Madrid, cosy apartments in Barcelona, a holiday home in Almeria …

These are just some of the properties, homes and cash cows owned by the men vying for political control of Spain.

As the dust settles on last month’s snap election, we take a look at the property portfolios of Spain’s political supremos.

As a perk of the top job in Spain, Sanchez and his family spend most of their time at the stunning Moncloa Palace in Madrid.

But when the official residence of the prime minister gets too much, the PSOE leader has two other properties in the capital he can retreat to.

His first home was purchased in 1992, an apartment in the centre which he now rents out for a cool €800 per month.

But it is his second home in upmarket Pozuelo de Alarcon where he is most  likely to be seen.

Bought with his wife María Begoña Gómez Fernández in 2008, the property sits in the Prado de Somosaguas urbanisation, and is very close to La Finca, where the majority of Real Madrid stars reside.

Pozuelo de Alarcón is the richest municipality in Spain, with the highest per capita income, while the average price per m2 is €2,700.

The father-of-two also owns a holiday home in Mojacar in Almeria.

The small apartment in the Victoria Buildings acts as a retreat from the rat race for the Sanchez family most summers, when you can spot the fit Socialist leader dining at the nearby Aku-Aku chiringuito or taking a dip in the sea, exiting the water James Bond style with body guards posted nearby.

The leader of centre-right Ciudadanos is doing well for himself having just moved to La Finca, Spain’s most exclusive neighbourhood.

He recently began renting a luxury apartment with his partner, the singer Malu where he has Gareth Bale, Juanfran and Simeone for neighbours.

The leader of the Cs had been living in an apartment worth €2 million in the nearby barrio of Somosaguas, but reportedly he wanted more privacy.

La Finca has 24/7 security and is inaccessible to everyday citizens.

You must earn at least €86,000 per year to live in the upmarket neighbourhood which Rivera just clears with his €89,000 declared salary.

His girlfriend Malu, meanwhile, rakes in tens of thousands of euros per concert.

Before moving to Madrid, Albert Rivera lived with then-girlfriend Beatriz Tajuelo in a modest home in L’Hospitalet de Llobregat, close to Barcelona, a property he still owns.

The father-of-one also still shares ownership of a home in La Garriga with his ex-wife.

Ceilings with exposed wooden beams, natural stone floors, underfloor heating and a neocolonial style are among  the many mod cons at casa Pablo Iglesias – the new house that the Podemos party leader bought with his wife Irene Montero for €615,000.

Set in the town of Galapagar, in Madrid’s Sierra de Guadarrama, close to the historic hunting grounds of Spanish royalty, the drop dead gorgeous property’s hefty price tag was a red flag to the leftist leader’s bullish opponents with many branding him a hypocrite.

Nonetheless, the family and their three dogs have been enjoying the home which is ideally close to alternative schools where the Podemos boss would like to send his future twin children, set to arrive this autumn.

At around 268 m2 on a plot of 2,000 m2 there’s plenty of room. The house boasts three bedrooms, two bathrooms, a fireplace, a garden with an orchard and ‘zen area’ where Iglesias can leave meditate away his political woes and a small guest house for schmoozing VIPs.

The far right leader, struggling to support four children by two different women, was forced to give up his beloved home in the Basque country. And apparently it’s still hurting.

“I have lost my home. At this moment I do not have housing and I have to rent because I lost the property in a bad time,” he recently revealed.

“I know perfectly what it is to have your house, the savings of your whole life remain in the power of a bank.

“Nobody has to explain it to me, but I also assume my responsibility for having committed to a mortgage that I could not pay.”

He is now believed to be renting in Madrid, exact whereabouts unknown. But the way politics are going, his fortunes could look up.

THE Partido Popular leader has just seen his party through its worst general election performance EVER.

Casado will be working hard in Madrid to face off calls to resign and come up with a new image for his critically injured conservative party, now jokingly known as the Partido Impopular.

Luckily he has a luxury flat in the upmarket Salamanca district where he can retreat to lick his wounds each night.

Valued at more than €500,000, he shares the swanky pad with his wife, Isabel Orts, and children Pablo and Paloma.

But during the summer, the 37-year-old retreats to Avila – family in tow – to wind down in a house he has rented for the past five years.

Worth €300,000 (a lot considering the area) the pine forest retreat in Las Navas del Marques, less than two hours from Madrid, is part of the primo Ciudad Ducal urbanisation – the perfect setting for planning his party’s comeback.

There’s no pool but with a natural lake on the doorstep, who needs one? 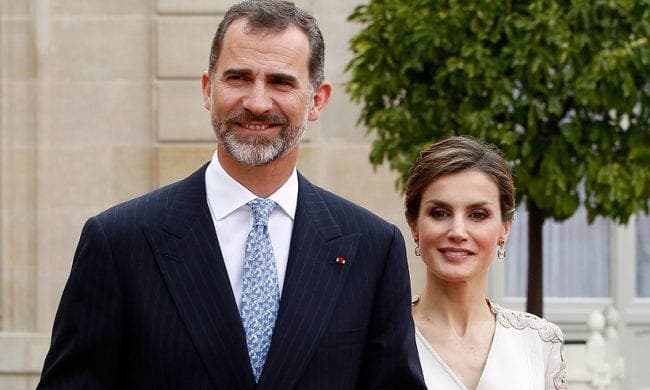 Although not leaders of any political party, Felipe and Letizia are part and parcel of Spain’s Realpolitik.

The good-looking couple and their daughters spend most of their time at their mansion in the grounds of the Palacio de la Zarzuela in Madrid.

Known as the Prince’s Pavilion, access to their residence is gained via a simple garden boasting a pond and three fountains.

A spiral staircase shooting off from the main lobby leads to the private quarters of the family.

Felipe and Letizia enjoy a master bedroom with two dressing rooms, two bathrooms and a living room with fireplace.

Three further bedrooms are occupied by Princess Leonor and the Infanta Sofía who have use of two bathrooms, a living room, large terrace and office.

When Madrid simmers in summer, the whole family takes off for Son Vent, their palatial holiday villa in Mallorca. Set in the grounds of sumptuous Marivent Palace, the official summer residence of ex-King Juan Carlos and his wife Sofía, the gardens are open to the public.