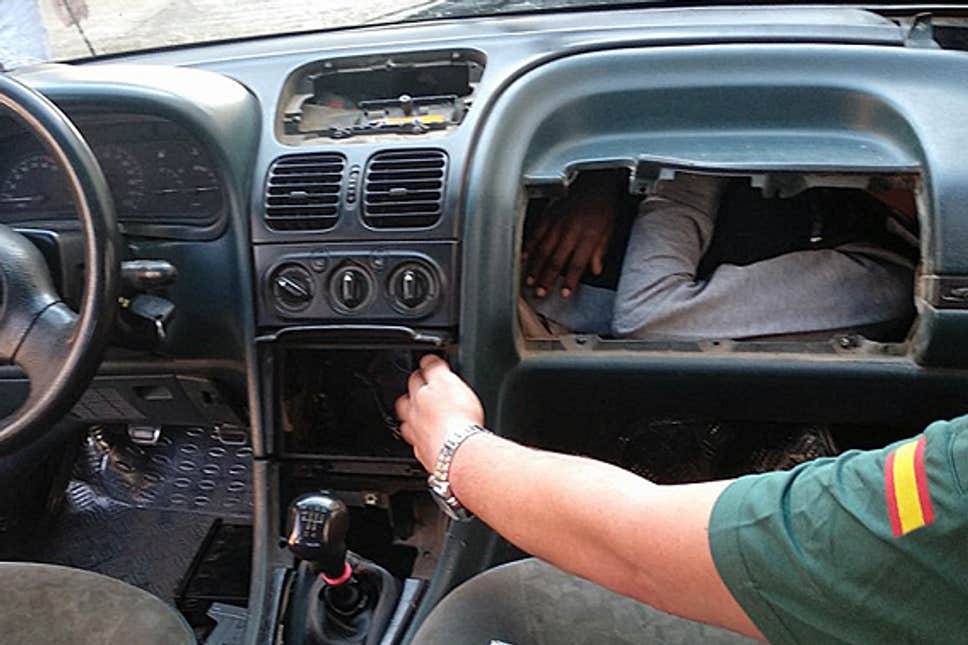 AN African migrant has been found stowed away in the glove box compartment of a car heading to Spain.

The young man, in his 20s, was discovered by cops hiding in a hollowed out dashboard at the Beni-Enzar border in Morocco.

The vehicle was stopped by border police while trying to enter the Spanish territory of Melilla.

According to Spanish police, three other vehicles hiding migrants were stopped in the space of three hours.

Four migrants were found, one behind some back seats, one in an engine compartment and another in a dumper truck, where police believe he could have been ‘easily crushed to death’.