You’d be forgiven for thinking we’re a bunch of knuckle-dragging morons who spend all of our time drinking, laying about and starting trouble.

While we do we have many a moron – as does every country – Spain knows that we, too, have something to offer.

In fact there are tonnes of cultural, business and personal ties between our two countries and the Brits have contributed to Spain in more ways than you may know.

Below we have rounded up a few things the Brits have brought – and continue to bring – to Spain.

Can you think of anymore? Email newsdesk@theolivepress.es

Did you know the great game was brought to Spain by some the UK’s earliest group of expats?

If you ask where and when the first recorded football game took place on the Iberian Peninsula, the answer is right here in Andalucia.

In 1873, amidst the instability and financial bankruptcy of the Spanish state, the Rio Tinto mines near Huelva were purchased by British entrepreneurs.

Over the next few years an influx of British miners, garrison soldiers and railroad workers arrived.

In 1887, on the feast day of San Roque (the patron saint of the sick and disabled) locals and Brits gathered to celebrate.

This two-day fiesta had a reputation as a drunken melee which included (when the men were sober enough to stand upright) climbing a greasy pole, donkey races, a tug-of-war, etc.

The Brits celebrated by forming two teams that were picked exclusively from among non-Spaniards in the first recorded ‘foot-ball’ match on the Iberian Peninsula.

The rest, as they say, is history.

First shipped to England in 1340, sherry has been a British favourite for hundreds of years.

As it began to soar in popularity at the beginning of the 16th century, the Spanish saw an opportunity to make sherry the leading wine export to the UK.

But when the Eighty Years’ War began in the same century, exports were cut off.

Brits were so thirsty for the tipple that when Sir Francis Drake attacked the port of Cadiz in 1587 he seized 2,900 butts of sherry and took them back to the UK, reigniting the love affair with the fortified wine.

Sherry was soon being made to satisfy the English, who in the following centuries, were the only population drinking the stuff in large volumes.

The Brits’ love for a sweeter sherry continued into the twentieth century, as brands such as Croft Original Cream and Harveys Bristol Cream came to prominence in the 60s and 70s.

Following a dip at the end of the 20th century, the wine, which must now only be made in the ‘sherry triangle’ between Jerez de la Frontera and Cadiz, has made a great comeback.

Large supermarkets like Marks & Spencer doubled their sherry varieties while London has seen a splurge in sherry bars popping up. 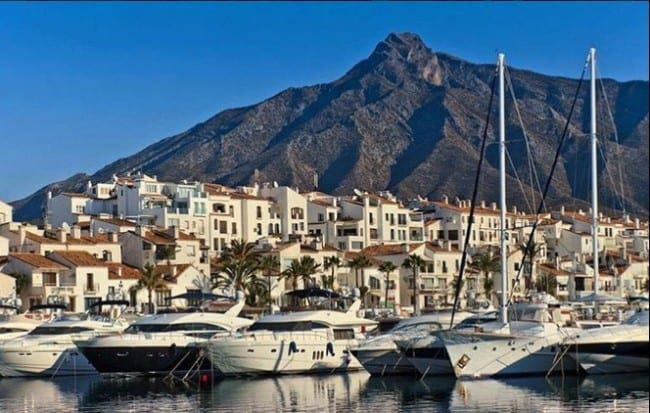 The Brits have consistently been the largest foreign purchasers of property in Spain for eons now.

There is such a love for Spain that this hasn’t changed for the past 12 years, despite the 2008 meltdown and the more recent Brexit uncertainty.

In fact in 2018, Brits beat pre-Brexit referendum records in terms of property purchases.

The truth is that the Brits have been the biggest supporters of Spain’s tourism industry for decades.

The Brits were by far the biggest foreign group with 18.5 million visiting the holiday hotspot, contributing more than any other group to the €89.9 billion spent by tourists.

And this year they are set to be the biggest group still, despite the ongoing Brexit saga.

In fact they helped the Costa del Sol break its all time winter record for 2018-2019, accounting for up to 60% of the 3.2 million tourists during that period.

While Brits might get a bad rep sometimes, there’s no denying how many an expat have dedicated their lives to saving hundreds of thousands of abandoned dogs, cats and more after moving to Spain.

From the ADANA shelter in Estepona, to the Last Chance Animal Rescue in Cartama, Malaga, there are dozens – even hundreds – of British residents giving their time to neutering and re-homing abandoned animals. 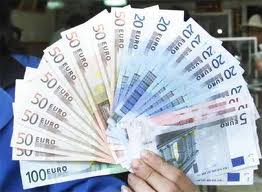 The 296,000 Britons officially living in Spain (the real figure is believed to be MUCH higher) are thought to be the largest single group of UK citizens living in other European countries followed by France and Ireland.

Some towns, particularly in Andalucia and on the Costa Blanca, are up to 50% made up of people from the UK.

It means these areas rely on British locals to put their money into the local economies and to create and maintain viable businesses.

In expat hotspots like Sabinillas, where the Olive Press is headquartered, local cafes like Nenit depend heavily on Brits spending their money.

Around 30 or more visit the cafe every single day and are more likely than other nationalities to buy food and several rounds of drinks, providing a vital stream of income.

Known around the world for our self-deprecating comedy and dark sense of humour, several British shows have proven a hit in Spain.

Mr Bean, for example, is huge in the country and is watched by millions.

Back in 2010, Spain’s prime minister at the time Jose Zapatero was briefly ousted from the country’s official website after hackers replaced his likeness with that of iconic slapstick character.

Little Britain, meanwhile, is also a hugely popular show, especially among those wanting to learn English.

Alex Trelinski - 20 Jan, 2022 @ 19:15
AN artificial reef using electrolysis to regenerate Mediterranean marine life has been successfully tested in Alicante waters. A team from the University of Alicante created...