IF Spain’s streets could talk they would tell incredible stories about their original architects – the Roman, Moorish and Christian conquerors who once lived among them.

They are so steeped in historical splendour that each year Spain’s official tourism boards lists the most beautiful streets in the country.

Take our whistle-stop tour of this year’s winners. Who knows, they could be right up your street! 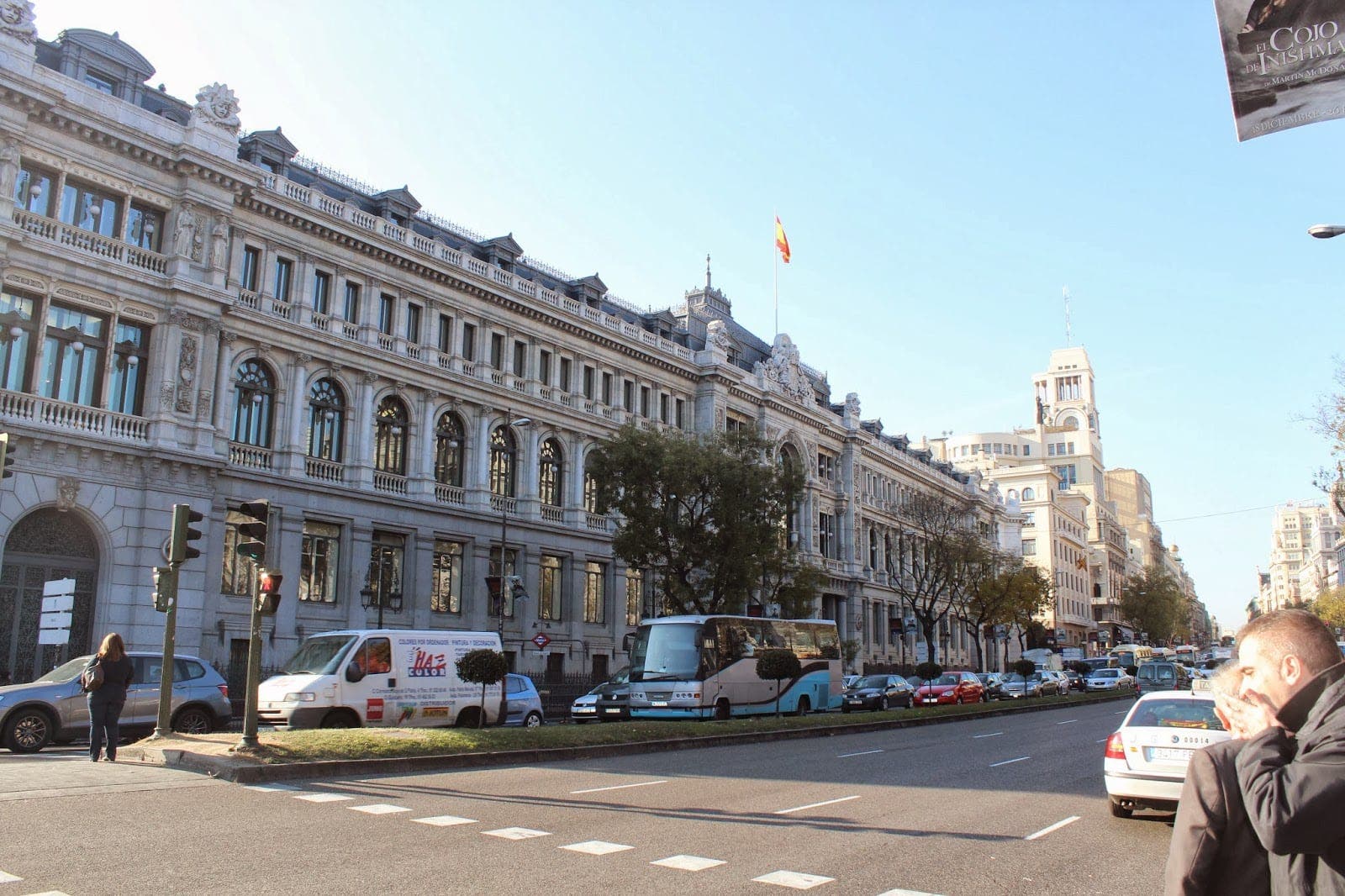 Calle Alcalá is one of the oldest and longest streets in Madrid, at 10,5 km. Starting from the Puerta del Sol, it was the road to Alcalá de Henares and eventually on to Aragón. At the intersection of Alcalá and Gran Vía stands the emblematic Metropolis building, topped with a statue of the goddess of Victory. Metropolis was designed in the turn of the 20th century by French architects Jules and Raymond Février. Its classic Beaux-Arts style was unusual in Spain at the time. 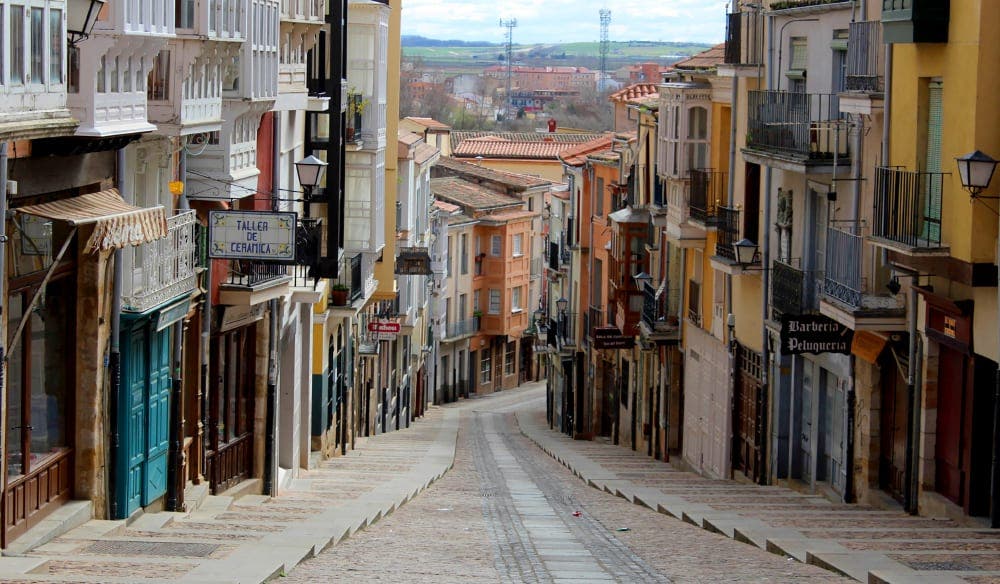 Calle Balborraz links Zamora’s old town with the ‘judería (Jewish quarter); it starts off from Zamora’s Plaza Mayor and slopes down to the river Duero. Its name originates from the Arab bab al ras, which means door of the head. There used to be a door at the entrance of the street with a sculpture of the head of Ahmed- ben-Moavia (also known as Abul Kassin – the city’s Arab leader before the reconquest). The door was destroyed in 1555 because it was threatening to collapse. Calle Balborraz is one of the oldest streets of Zamora, and as such some of the most important processions go through it during Semana Santa. Nowadays most of the street’s houses date from the 19th and 20th century, with a few examples of modernist architecture. 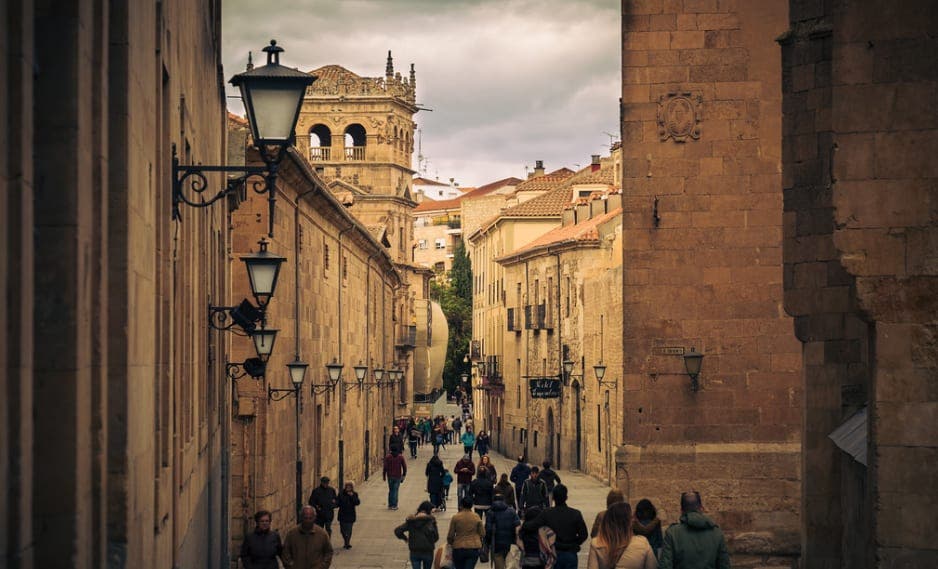 Located in the historical centre of the Golden City’, the Calle de la Compañía amazes with its abundance of architectural gems made with the blond sandstone characteristic to the city. It is named after the Compañía de Jesús that resided there in the 17th century. In the street you can find the renowned Casa de las Conchas that takes its name from the 300 shells adorning its façade (concha means ‘shell’ in Spanish). 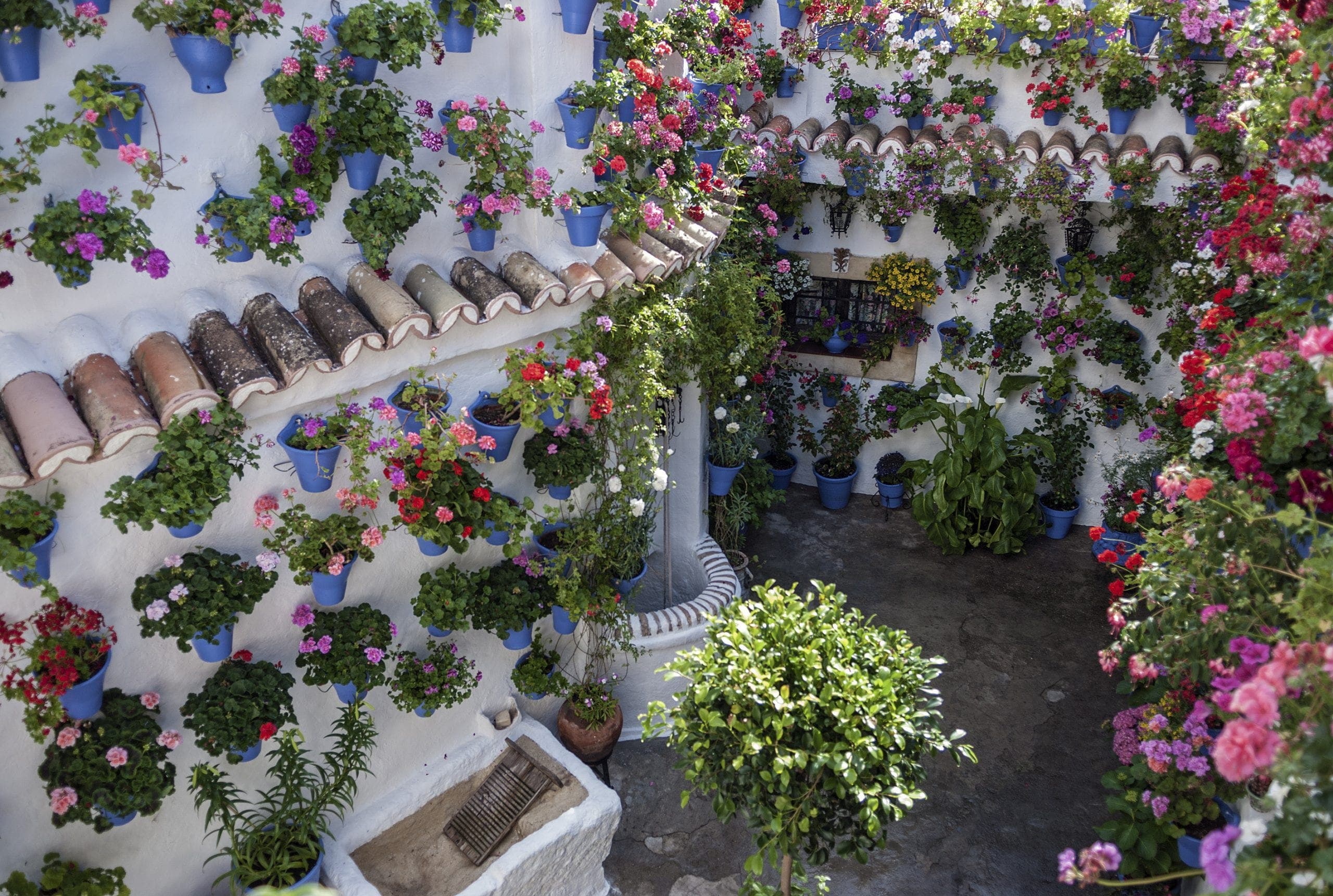 Calleja de las Flores, in the old Jewish quarter of Córdoba, regularly makes it in rankings of the world’s most beautiful streets. In fact, much of the city’s historic centre has been declared a World heritage Site by UNESCO. The narrow dead end street comes off Calle Velázquez-Bosco and ends in a little patio with a fountain in the middle. The stone pavement, arcs and white walls create the typical look of a Mediterranean town street that makes it so popular with tourists. Between the tile roofs you can see the bell tower of the Mezquita-Cathedral. Perhaps the street’s best known trait is the the coloured pots of carnations and geraniums hanging from the walls and balconies. 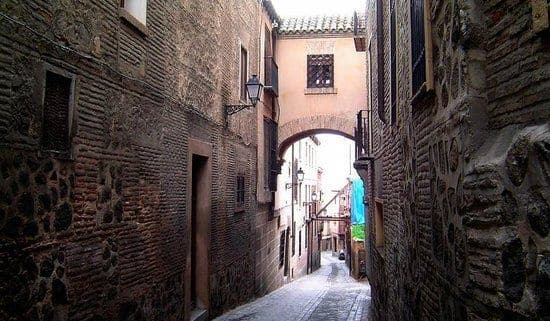 Walking through painter El Greco’s adopted home is like travelling back in time. Historically known as the ‘Western Jerusalem’, Toledo was once the home of Jews, Christians and Muslims who famously lived in peaceful co-existence. Calle de Angel, in the old Jewish quarter, is an example of the city’s cross-cultural heritage. The figure of an angel gives its name to the street. An Islamic-style gate, separated two parts of the judería.

Carrera del Darro is one of the most scenic walks in Granada, along the river Darro (which means ¨gold¨ in Latin). It is located at the edge of the Albaicín, the old Arab quarter that is today a UNESCO World Heritage Site. The street has remained practically the same since the 17th century, with many interesting buildings from the 16th and 17th centuries and remains of old Moorish houses 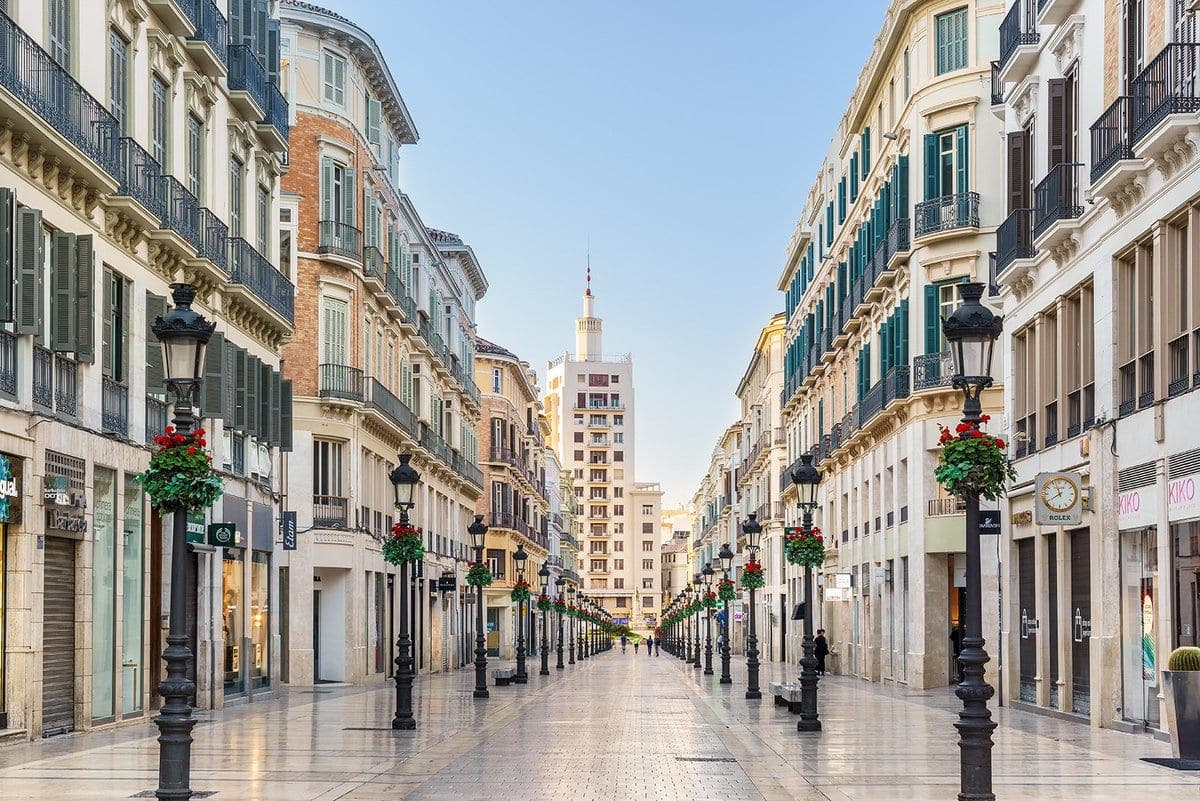 Calle Larios, in Málaga’s city centre and next to the port, is the epicentre of Málaga’s social life and shopping scene. It is currently the most expensive street to live in Andalucia for rental values. It was named after the Larios, a wealthy malagueña family, who bought most of the shares when the street was built. It was opened to the public on August 27 1891. The harmoniously constructed street is the home of big retail chains and luxury stores such as the jeweler Swarovski. Calle Larios also hosts many major events, including Málaga Fashion Week. In the early 2000’s it was renovated and became pedestrian. 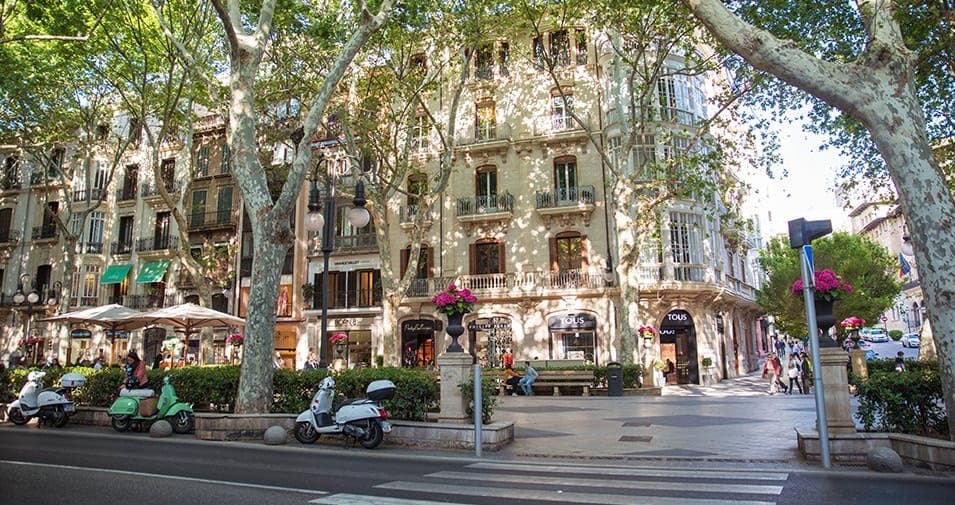 In the heart of Palma, Paseo del Borne is an outstanding example of the city’s European-like modernisation at the beginning of the 19th century. It was built on the old channel Torrente de la Riera, that used to cross the city, and connects the famous Plaza Juan Carlos I and Plaza de la Reina. The boulevard was designed by Madrid architect Isidro González Velázquez, who shaped it in a way reminiscent of the Paseo del Prado in his home city. Two pairs of majestic sphinx guard the street at its beginning and end. 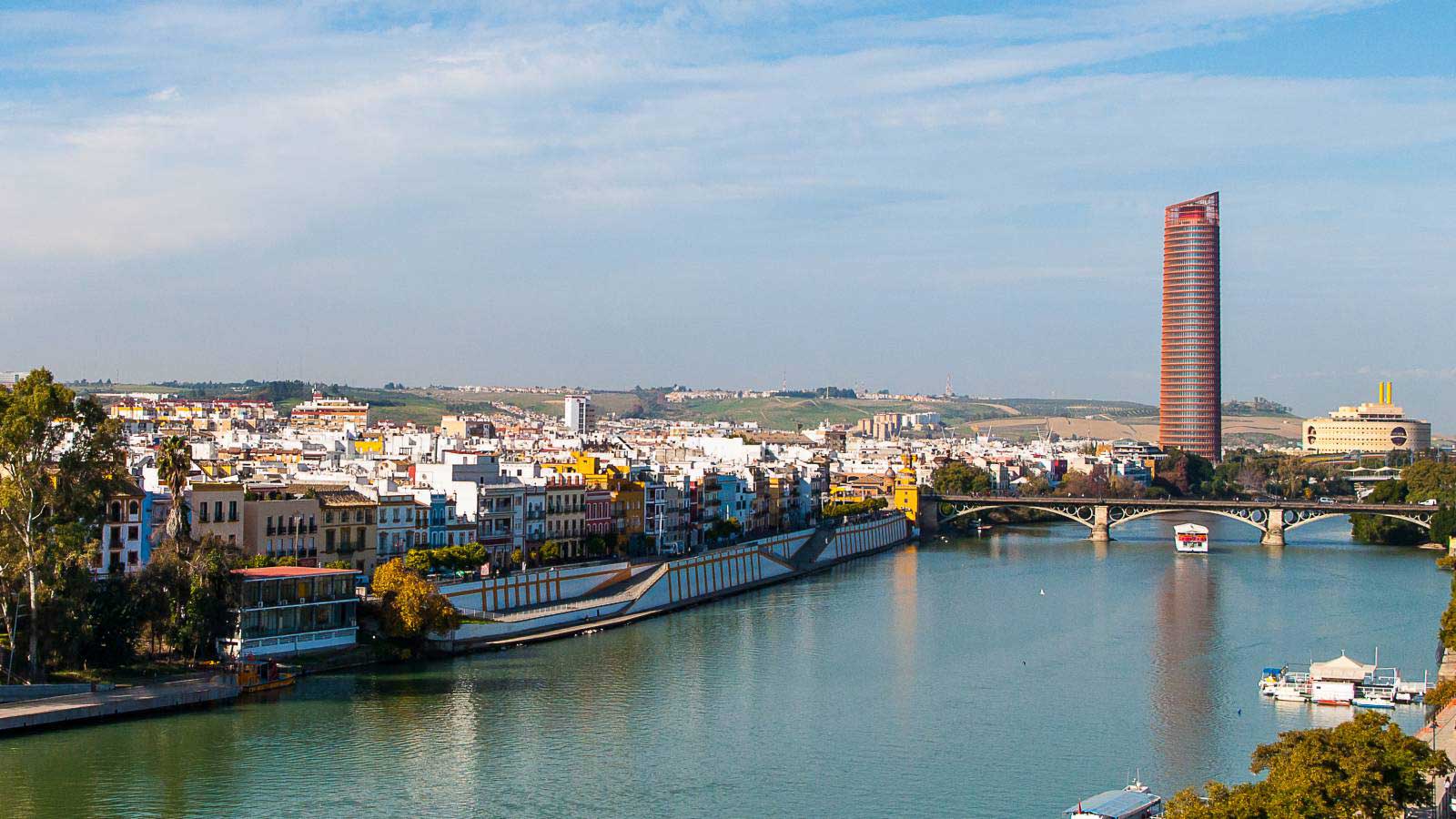 LOCATED in the Triana district, Calle Betis has become an emblematic spot of Sevilla. The street’s patchwork façade of colourful and asymmetrical houses make it typical of the Andalucian capital. It follows the course of the river Guadalquivir, which the Romans called Baetis (hence the name of the street). 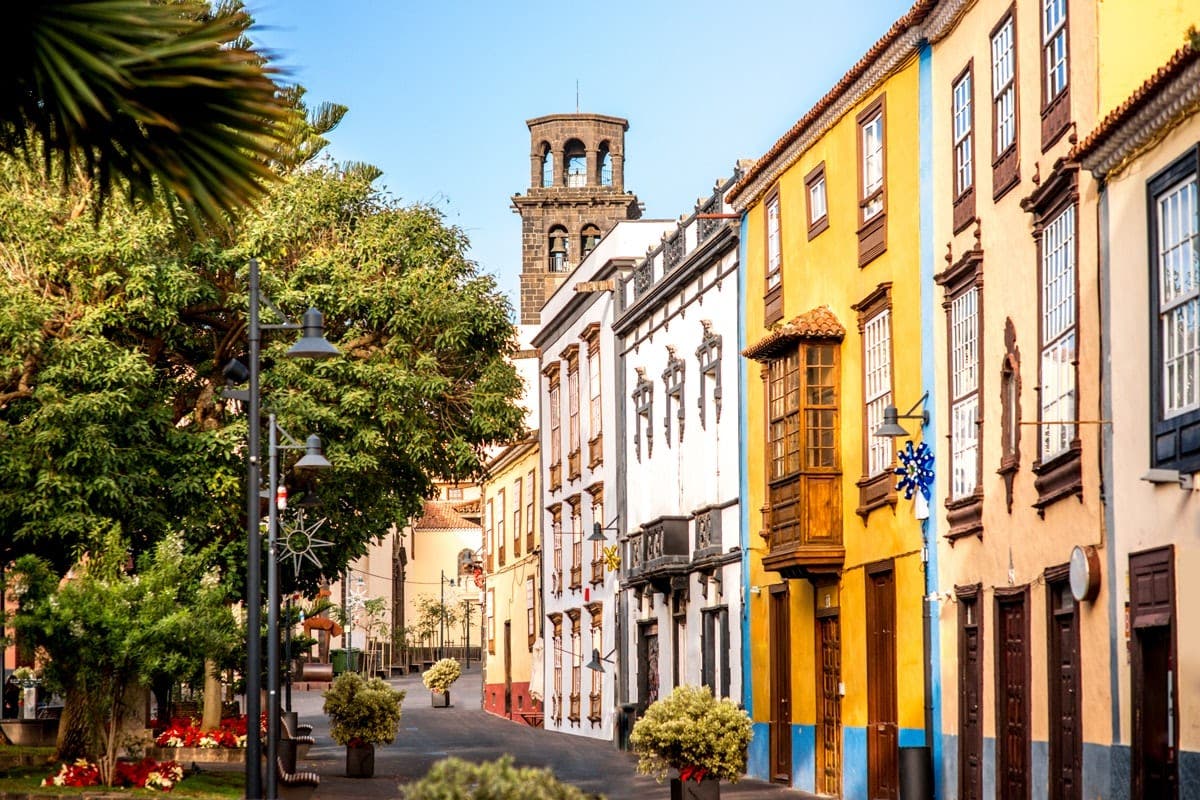 La Laguna is the second city of Tenerife and home to its first University. Calle San Agustín is located in the city’s historic centre, which is declared a UNESCO World Heritage site. You can gaze at the many colourful houses and visit historic buildings such as the Casa Salazar and the Convento San Agustín. 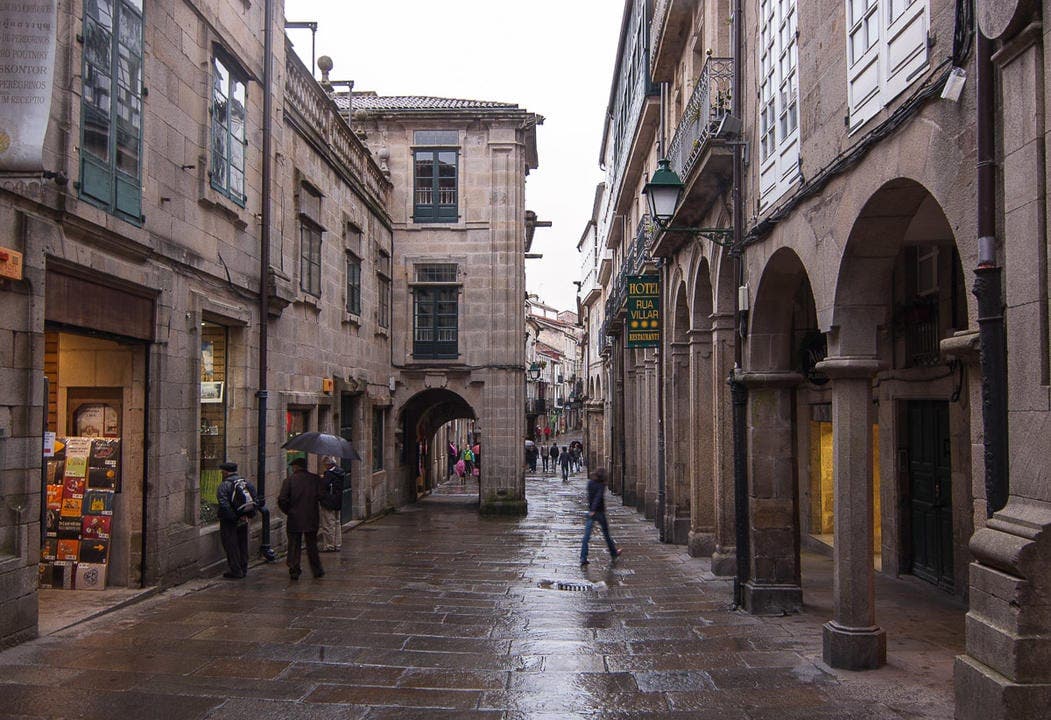 Located in Santiago’s old town, Rúa do Franco is known for two reasons. Firstly, it leads pilgrims and visitors to Plaza del Obradoiro and the famous Cathedral. The street actually takes its name from French pilgrims (the Franks) who came from the other side of the Pyrenees. Nowadays, souvenir shops pave the way to the holy shrine. Rúa do Franco is also the city’s epicentre for delicious Galician gastronomy, thus maintaining the tradition of medieval innkeepers who catered for pilgrims.

With its fascinating buildings and impressive range of luxury boutiques, Paseo de Gracia is one of the most famous streets of Barcelona, and is often compared to the Champs-Elysées in Paris. It was originally built to connect the Catalan capital to the town of Graciá. Today, Graciá is a neighbourhood of Barcelona, but it has kept its independent and vibrant spirit. The boulevard is representative of the modernist era that ruled the city throughout the 19th century. You can admire Art Nouveau buildings such as the Casa Batló and Casa Milá, designed by Antonio Gaudí.