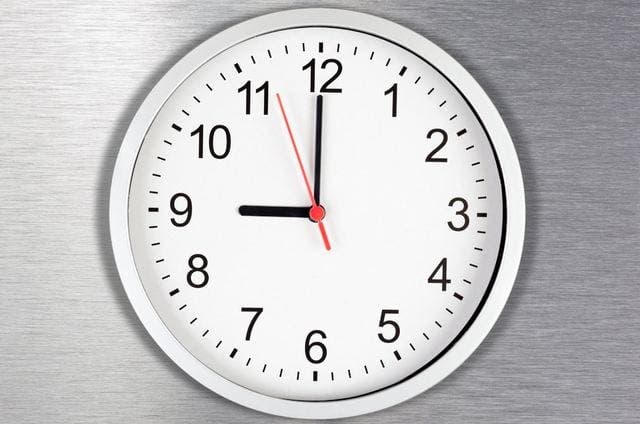 THAT time of year is fast approaching, when the sun begins to set sooner and sooner as we wave summer goodbye.

Like every year, the clocks will be put back an hour on the last weekend of October.

It means that on the morning of Sunday, October 27, at 3am, the clock will go back to 2am.

It means another hour of sleeping (or partying, depending on how you look at it).

However this year could be the last time Spain changes its clocks following the European Commission’s proposal to scrap daylight saving time was approved by the European Parliament.

It’s a move which has not yet been set in stone for Spain, which wants to opt out, arguing the clock change in summer is vital to its tourism industry as it gives holidaymakers another hour of sun.

However, member states would be able to choose whether to remain on ‘permanent summer’ or ‘permanent winter’ time under the draft directive, which passed by 410 votes to 192

Changing the clocks was first adopted during the First World War, when countries involved in the conflict wanted to save coal which was being used for lighting and direct it to the war effort.

But it was first proposed in 1784 by one of the US’s founding fathers, Benjamin Franklin, when he was an ambassador to France.

At that time it was to cut down on the use of candles during the night.

Currently, it is done to save energy and lower consumption.