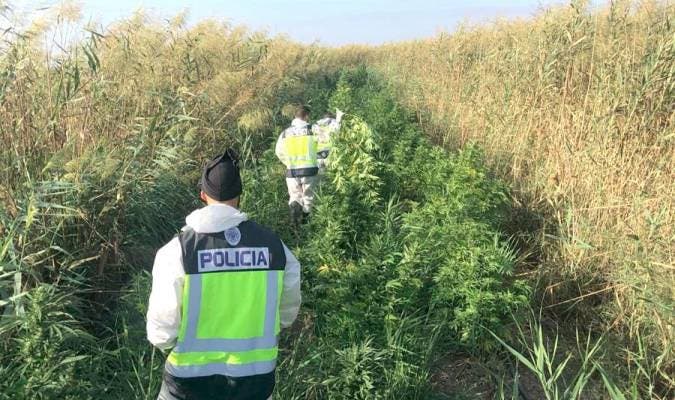 POLICIA Nacional have discovered a marijuana plantation hidden among one of the country’s most important wetlands.

Agents in Sevilla have yet to make arrests after coming across more than 550 marijuana plants in the Donana Natural Park.

The one-and-a-half metre plants were arranged along the bed of the Guadalquivir river and were kept hidden by the four-metre plants on either side.

Weighing almost half a tonne, the haul was first pictured by police helicopter following a tip off from residents in nearby Dos Hermanas.

Investigators have been able to verify that despite being a moist and suitable land for the cultivation of this plant, those responsible had installed a complex irrigation system to ensure effective production.