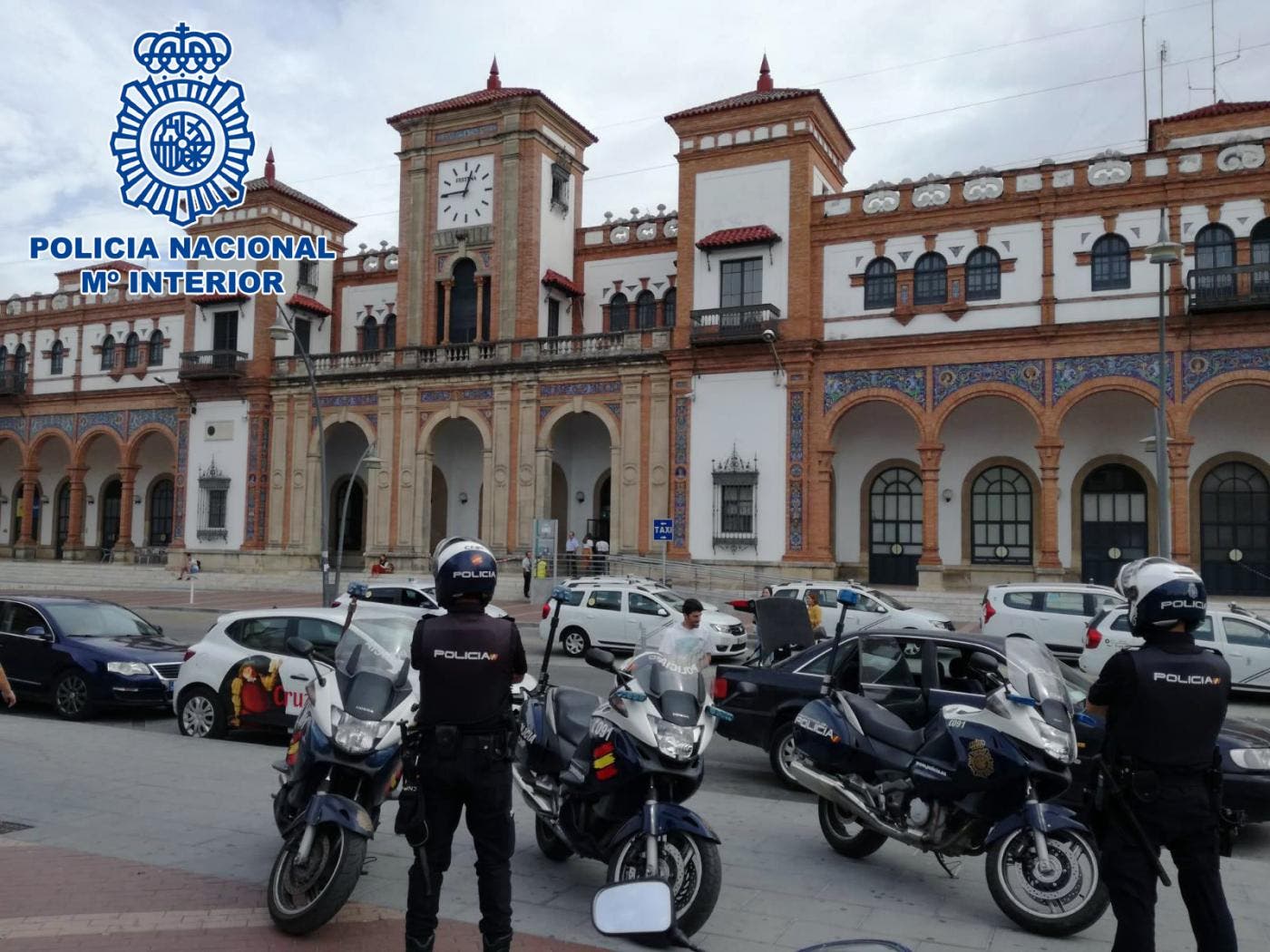 A MAN has been arrested after creating a fake bomb scare at a busy train station in Andalucia.

The unnamed individual caused ‘panic and distress’ at Jerez station on October 10 when he began screaming on the platform that the train people were about to board had a bomb on it.

At around 11.20am he was shouting that the explosive device would go off at any minute, before grabbing another traveller’s suitcase out of their hands and throwing it to the ground.

Security guards rushed to the platform to tackle the man before searching him for weapons.

The man managed to break free and made a run for it before being met by Policia Nacional officers.

He was arrested for serious threat to persons and public order.

He is being held ahead of a trial.