A CINEMA has become the first in Spain to be fined for preventing spectators bringing food and drink in from outside.

The Consumer Institute of Extremadura has slapped Multicines Espana in Zafra with a €3000 fine for stopping audience members bringing food bought elsewhere into screens.

The Federation of Cinemas of Spain (Fede) welcomed the fine. “We think it’s positive that the law is finally starting to be applied,” it said.

A 2017 report co-authored by the Spanish Consumer Agency and the Ministry of Health said the prohibition of food and beverages bought elsewhere from inside cinemas was ‘illegal and abusive.’

The Federation of Cinemas of Spain, which represents 85% of movie theatres in the country, said it doesn’t record the income that is earnt from food and beverage sales.

It added that Spanish cinemas earn €585.74 million a year from box office sales.

Cristina Garrido from law firm Bufete Prolegue said the ruling was based on the fact that the main purpose of cinemas is to show films, not to sell food.

“When an establishment prevents you from entering with food, it’s based on the fact that they sell their own food and you cannot enter with something from outside. Yet, you don’t go to the movies to buy food, rather to watch a movie. ”

Facua, a Spanish consumer organisation, said that there had been a huge increase in the number of cinemas prohibiting food and drink bought elsewhere in the last year. 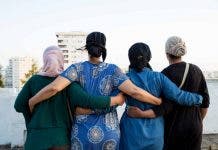 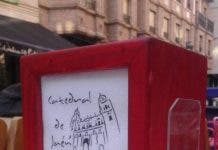 Bars and restaurants remove glazed serviettes from tables across Spain to avoid COVID-19 contagion – but were they ever any use?