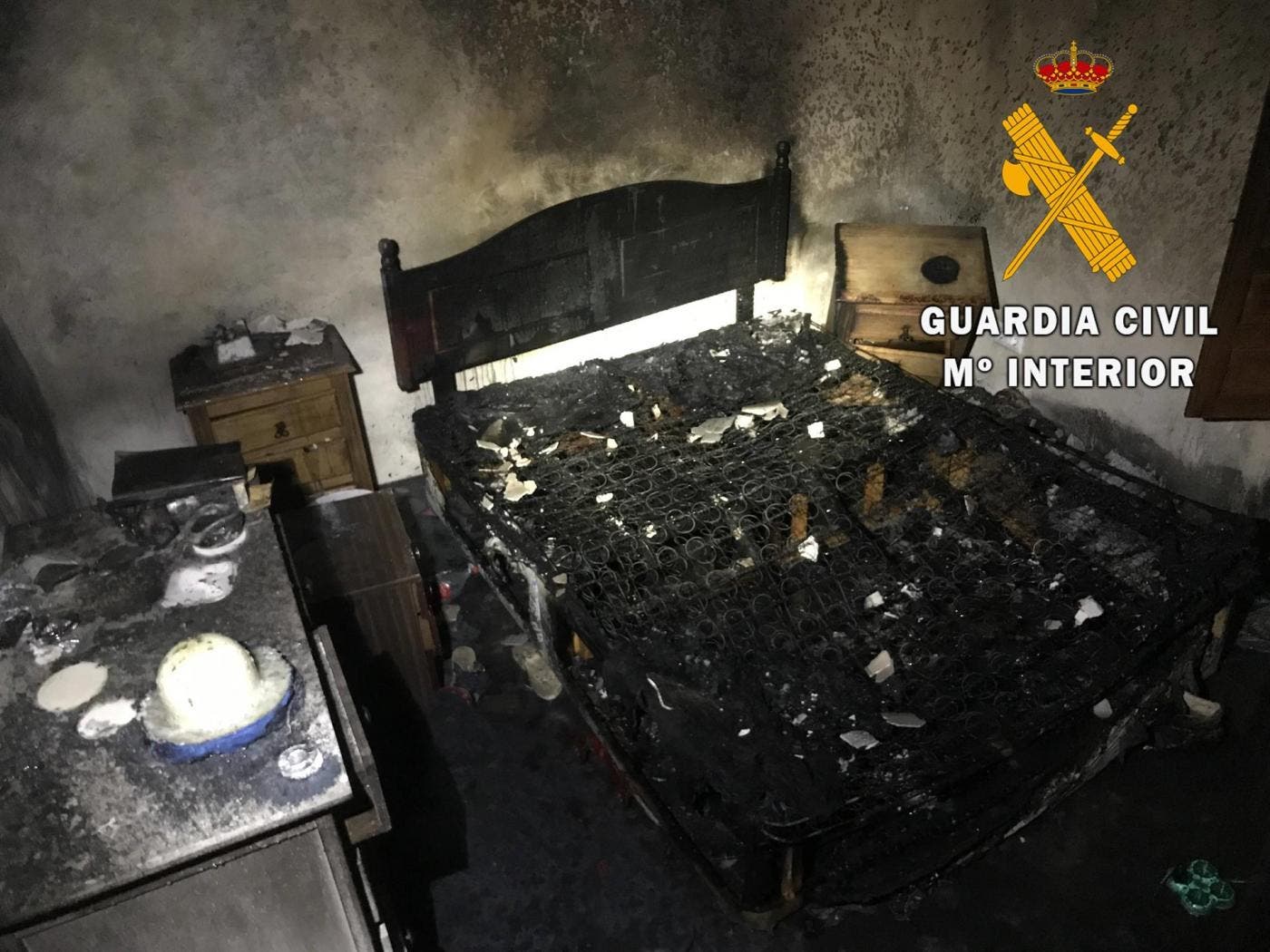 A GUARDIA Civil agent has risked his life to save a beloved pet from a house fire in Andalucia.

The officer ran back into the flames to save the Yorkshire terrier from certain death after the whole upstairs of a home in Almeria had become ablaze.

It came after distraught parents of the woman living in the home called authorities in a panic, saying they thought their daughter may be unconscious.

Firefighters rushed to the property in the Las Calesas district in Albanchez, where they found the top floor ablaze.

They forced their way in and were able to rescue the woman, who told officers that her dog was still inside.

Despite dangerous levels of smoke, a Guardia Civil agent ran into the burning building and managed to retrieve the much-loved pet.

It took agents three hours to put out the fire.

The woman was rushed to hospital in Huercal Overa.