SPAIN’S centre-left socialist party has struck a deal with left-wing Podemos to form a new government.

The agreement between acting prime minister Pedro Sanchez and Podemos leader Pablo Iglesias means that Spain may soon have a government following seven months of stalemate.

The two leaders sealed the pact with a hug at the seat of government in Madrid.

PSOE leader Sanchez called the November election after his party came out top in the April vote but didn’t have enough seats to form a government alone.

PSOE and Podemos had previously tried to form a coalition after the Spring election, but talks broke down when Sanchez refused to give the left-wing anti-austerity party control of the labour ministry.

Both Podemos and PSOE were in a weakened position following Sunday’s result, with the two parties having shed ten seats between them and over a million and a half votes since April.

With far-right Vox having stormed to third place on Sunday, the two left-wing parties were able to quickly smooth over the rifts which had prevented them reaching a deal for half a year. They announced a coalition less than 48 hours after the election result.

The PSOE has also conceded to Podemos on policy areas including rent controls, labour reform, pensions and taxation.

Podemos for its part has effectively dropped its support for a referendum on Catalan independence. The agreement the two parties have signed says they will look for ‘formulas of understanding… within the Constitution.’ The Spanish constitution says that Spain cannot be broken-up.

However, the two parties now face the challenge of getting approval for their minority government from other parties, or bringing more regional parties into their coalition to form a majority government.

Far right Vox, right-wing PP and centre-right  Ciudadanos are expected to vote against the left-wing alliance. 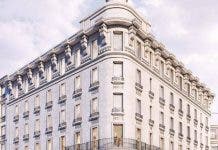