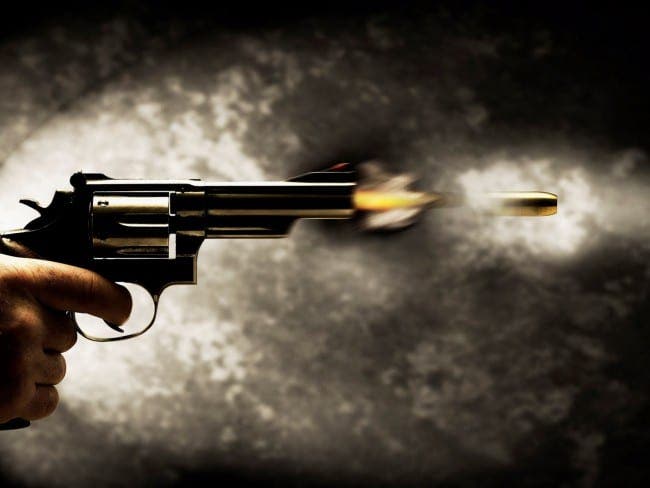 ANOTHER month, another suspected mafia hit on the Costa del Sol.

Since the end of summer, a dead body with signs of violence has been found between Marbella and Mijas every month.

On September 18, the body of a 39-year-old man was found in a ditch below a cambio de sentido in Mijas.

Investigators initially thought it may have been a suicide but were forced to re-consider after seeing the body had signs of violence.

And just over two weeks ago, the body of a Bulgarian man was found dumped on the Istan road with several gunshots to his shoulder and stomach.

They join the latest suspected case of mafia murder this week, which saw a man of Arab origin shot to death inside an upmarket Marbella urbanisation.

The killer or killers also injured one of his associates before escaping in a car, investigators believe.

The cases come as outbursts of gang violence have become a far more regular occurrence along the Costa del Sol in the past few years.

Who could forget the shooting and kidnapping of a gang member in the streets of Estepona last summer.

Tourists and expats – including an OP journalist – ran for cover as shots rang out along the promenade.

The victim’s body was later found dumped in Algeciras, after having been tortured.

A bomb maker was also shot to death in Torremolinos as he sipped on beer and ate sushi last October.

Much like the most recent victim, he was also of Arab origin.

This, according to researcher Ivo Tuelings, may not be a coincidence.

“I read that the man who was killed last night is of Arab origin,” the journalist turned author, from the Netherlands, told the Olive Press last night, “Lately Moroccans, mainly Dutch Moroccans, are taking over the cocaine business. The big bosses all live in Dubai.”

He continued: “The (Dutch) Moroccans are a new generation that doesn’t mind using extreme violence.

“The bosses are in their 30s and their soldiers a lot younger, sometimes teenagers.

“They are also work together with the Irish mafia, the majority of whom have moved to Dubai.”

The Irish used to have a huge physical presence along the coast.

The infamous Kinahan-Hutch feud between two rival Dublin gangs saw several killed along the costa and in Ireland.

But sources told this paper how the Irish wanted out of Spain in June 2016.

It came after Ireland’s Gardai and Spanish authorities launched a special task force to crack down on their alleged trade.

It was this lack of Irish presence, experts believe, which caused a power vacuum in the drug trafficking business.

It came combined with the fact that Spain has thrown a lot more money at tackling the illegal drug trade in the Campo de Gibraltar.

That area has long been the main entry point for drugs from Morocco and South America, particularly Algeciras port.

One trafficker recently revealed how 30% of profits were spent bribing officials and police at the docks there.

However with added heat in the campo, traffickers are moving up the coast.

“The hash-trade is quite disrupted by police operations in Campo de Gibraltar,” explained Tuelings.

“That means that smugglers have to move to other coasts where they have to collaborate (or compete) with local gangs with other traditions.

“There is a lot of mistrust. That might be one reason for increased violence.

“There are also conflicts due to stolen shipments of cocaine.”

Rival gangs are increasingly going to extensive lengths to steal drug shipments from each other, including dressing up as Guardia Civil or Policia Nacional agents and carrying out raids on known safe houses.

“Competitors are operating from all over the world, as everybody wants a piece of the cake,” continued Tuelings.

“However the Dutch Moroccans are their own biggest rivals. There is a huge civil war going on in The Netherlands right now.”

The Dutchman killed in Torremolinos last year was indeed believed to be a victim of that struggle.

Hamza Ziani was reportedly in a conflict with the Netherlands most wanted criminal Ridouan Taghi, who had allegedly ordered around 20 deaths to protect his €100 million cocaine empire.

But they are not the only players on the scene.

As Tuelings reveals: “I would say the Ndraghetta from Italy and rival Colombian gangs – who work with the Moroccans – are the biggest forces at play the moment.”

Almost a year ago, an investigative report by El Espanol revealed how 13 international gangs were trying to make their mark along Spain’s southernmost coast.

It claimed the Italians laundered money using mostly restaurants around the Puerto Banus area while the at the lower levels, Romanians could be hired to do ‘almost anything’.

Costa del Coke is hoping to release an English edition in the new year.