BREXIT could threaten attempts to bring the violent drug trade under control along the Costa del Sol.

It comes a decade after the pair’s controversial book, Costa Nostra: The mafias on the Costa del Sol, sent shockwaves through the costa community and threatened to undermine its essential tourism trade.

In an interview with Malaga Hoy, the duo say that the same problems with criminal organisations exist today, but ‘with even more intensity.’

And depending on the outcomes of Brexit, things could only be made worse.

“The political context today is less cooperative,” they told the local newspaper, “The United Kingdom is key (in helping tackle the mafias) and Brexit keeps Europe from having common legislation.”

It comes weeks after John Sawers,  the ex-chief of the UK’s foreign intelligence service, said Britain’s security depended ‘heavily’ on the security of Europe and that he hoped relations between the EU and Britain would not completely collapse after Brexit, as this would be contrary to the UK’s self interest.

But Diaz and Romero said the true breeding ground for the growth of mafia activity has been social impoverishment, unemployment and a lack of alternatives.

Indeed its why thousands in drug trafficking hotspots like La Linea de la Concepcion, on the Gibraltar border, are directly employed by gangs, often storming the streets to throw stones and attack police during chases of trafficking suspects.

“There are offices of lawyers and financial advisers who help make the companies which launder the ill-gotten cash,” the pair said.

“A network of professionals on the coast collaborate with the mafias because they generate wealth in the very short term.”

The crisis has also been allowed to fester, according to the duo, due to some authorities and institutions looking the other way.

This has been seen at the likes of Algeciras port, where 30% of drug profits are reportedly spent bribing dock workers, customs and police officers.

“The Prosecutor’s Office, in its last annual report, stated that fighting organised crime is the main concern,” Diaz and Romero added, “We see that they are in a helpless situation.”

“The picture has changed,” the pair explained, “Before, many political and police officials denied the implantation of the mafias…they said they were isolated events, but now there is talk of a heavily installed phenomenon.

“They operate through money laundering with cash made from several illegal activities.”

Their decade-old book was focused on the Camorra, an Italian mafia from Naples, which according to the pair, are very much still active.

But as we revealed last week, they are part of an ever increasing internationalised scene, which is causing groups to either collaborate or clash.

“There is increasing cooperation between the gangs,” continued Diaz and Romero, “which share each the work of each step in the criminal chain.

“Most are formed by a few very specialised individuals who weave alliances between groups.

“They outsource work like making bombs, which sees people come, do the job, and leave.

“However there is an ‘overbooking’ of gangsters these days, and they are not as safe as they once were.”

It comes after one of the most wanted in Europe was arrested while celebrating his birthday in Puerto Banus some weeks ago.

Indeed while the infamous Marbella-Fuengirola-Estepona triangle is hotter than ever these past two years, things are extending more to Mijas, too.

“The Algerian mafias operate in El Zoco,” the experts revealed, “There is little suspicion raised around there.”

It comes after a British man was shot to death by a man ‘of Arab origin’ in Mijas just this weekend.

“But a man was also shot in Nagueles, Marbella while taking his boy to school, while we have seen bombs and series of arson attacks by Dutch mafias in the infamous triangle recently,” they added.

Asked how to tackle the problem, the pair said a start would be much more specialised police numbers.

There’s also a language barrier, with some 180 languages and dialects being spoken, making the interception of some communications almost impossible. 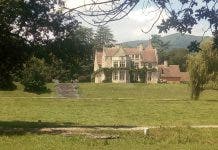