ILLEGAL immigrants crossing the Straits of Gibraltar can buy a ticket on a jetski for as little as €300 a pop, new figures have revealed.

A passage on a rubber dinghy likewise can be bought at a bargain price of just €100, new data from Europol’s European Migrant Smuggling Centre (EMSC) last month show.

The shock prices – which would see tourists forking out the same amount for a full-day jetski rental in sunny Spain – highlight just how lucrative smuggling has become in the so-called Western Mediterranean route.

The report released last month indicated the illegal trafficking industry was worth €50 in this region alone – an industry which this year succeeded in bringing 22,258 migrants to Spanish shores.

Across the whole of Europe, the EMSC estimates the clandestine trade is worth a whopping €190 million.

By number, the traditional Eastern Mediterranean route was the most popular entry point to Europe in 2019, letting through 47,793 illegal arrivals of a total of 91,699.

The Western Mediterranean was the second-most popular (22,258), followed by land arrivals (12,214) of unknown origin and finally the Central Mediterranean route (9,650).

The cheapest forms remained via the aforementioned Western Mediterranean means, jetski and rubber dinghy into Spain.

“There are several elements affecting the dynamics of smuggling but the common denominator for smugglers remains the profit to be obtained from facilitation of illegal migrants,” a Europol statement read.

“Smuggling prices vary by route but also depending on fluctuations on demanded services, the type of services provided, means of transportation or the perceived rate of success.” 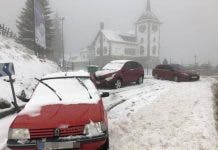